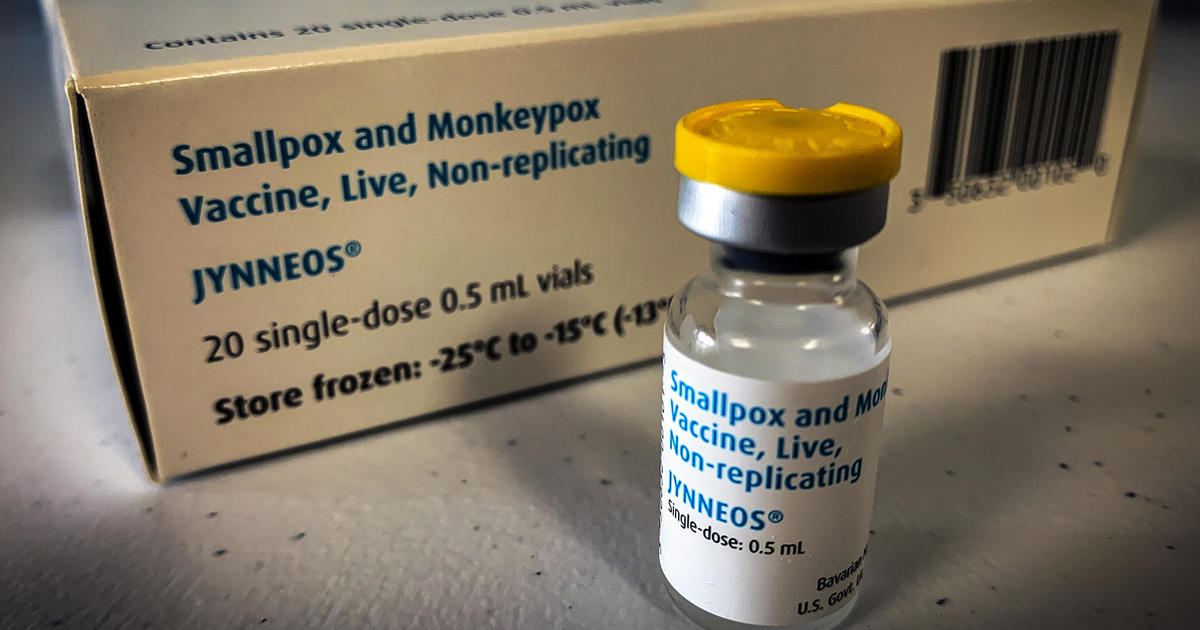 Bronx High School of Science, Aviation High School in Queens, and Bushwick Education in Brooklyn will all open on Sunday to distribute the monkeypox vaccine, but the fact is, those sites will only be open for one day, there therefore has a lot of frustration around access to the vaccine.

New York is now the epicenter of the monkeypox epidemic, with the number of cases increasing daily.

“We want the best for everyone here,” said a Bronx resident.

Bronx Borough President Vanessa Gibson told CBS2’s Alecia Reid that she was working with the Department of Health and Mental Hygiene and is calling for a permanent sexual health clinic to be established in the Bronx. which will not only offer testing for monkeypox, but antiviral treatment and other health care. services.

She says that whenever there is a health crisis, residents of the communities she serves are disproportionately affected.

“Because many Bronxitis live with underlying health conditions, such as heart disease, asthma, obesity, diabetes and high blood pressure, further exacerbated by a positive case of monkeypox,” Gibson said. .

While more than 50% of cases are currently in Manhattan, Gibson says that can change in an instant.

“Every day more people don’t have access to the vaccine, the number of cases will increase. We saw that last week, every day there were more positive cases,” she said.

“We need resources here in the Bronx to be able to fight and detect monkeypox before it becomes a problem because as far as I’m concerned the rate is insane,” one man said.

“More people here need it than ever before because the fact that you don’t have the knowledge is so much more dangerous,” another man said.

Gibson says the current dose shortage is cause for concern, but there is hope on the horizon.

In addition to the 28,000 doses of vaccine already sent to the state, Governor Kathy Hochul announced Friday evening another 32,000 doses in New York next week.

Gibson says she will meet with medical professionals and community groups on Monday to talk about equitable distribution of the monkeypox vaccine, and will be at the pop-up Bronx vaccination site on Sunday.