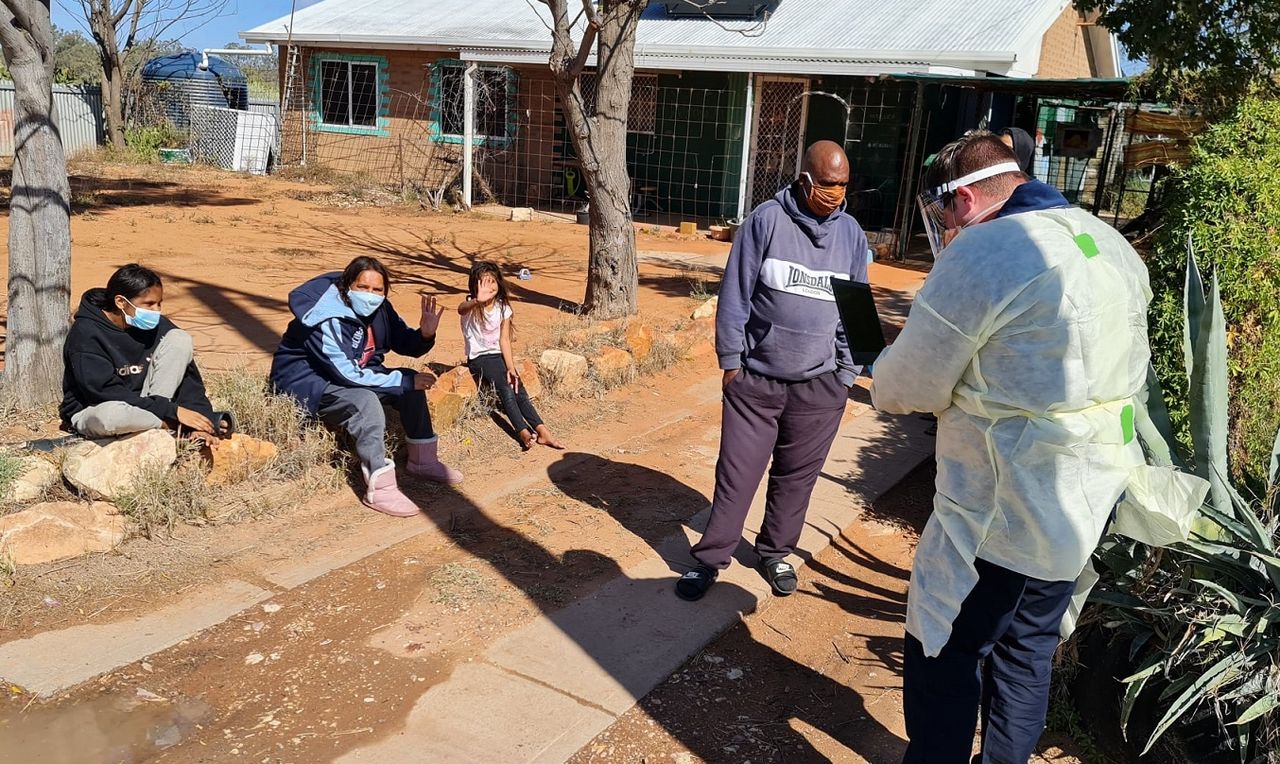 The spread of COVID-19 from its current epicenter in Sydney, to the western parts of the state of New South Wales (NSW), is creating a crisis for rural health systems, especially those that cover the highly vulnerable populations of indigenous communities. Currently, more than 750 natives are infected and one aboriginal has died.

The virus is now widespread in rural New South Wales. In the regional center of Dubbo, in the west-central part of the state, there are more than 450 active cases. Other rural towns closer to Sydney also have active infections, including Orange, Bathurst, Parkes, Forbes and Bourke.

Western Local Health District Director General Scott McLachlan told the Australian Broadcasting Corporation (ABC) last week that infection levels were “of great concern” and that “the number of infectious cases in the community means the potential spread of this virus throughout western NSW. ”Adding increased pressure on the healthcare system, 156 healthcare workers were isolated after being identified as close contacts.

A microcosm of the disaster facing the Aboriginal population is the situation unfolding in the small rural town of Wilcannia, nearly 1,000 kilometers west of Sydney.

With the announcement of seven new cases today, there are now 85 COVID infections in the city. Since the population is only 745, more than 11% have contracted the virus. This makes it the state’s largest hotspot in terms of infection per capita, with more than double the rate of Sydney’s worst hotspots. More than 60% of the population are Aboriginal and Torres Strait Islander, and at least 62 of the active cases are indigenous.

The dire social conditions in these rural communities are accelerating the disaster. In a 2017 survey of households in West New South Wales, the Murdi Paaki Regional Assembly (MPRA) found that 54% of Wilcannia residents lived in properties ‘often or always overcrowded’ . Some 26 percent said their living conditions affected their health.

In an interview with the ABC, Chloe Quayle, who grew up in the area, said COVID-19 is “tearing the community apart like wildfire right now, which is really, really scary.” Quayle explained that people “would isolate themselves in tents on the river and all that, and sleep outside. [of their homes] if they test positive. How are you supposed to isolate yourself when there is so much crowding in the houses? “

Catherine Bugmy, interviewed by the Sydney Morning Herald, was forced to wash her clothes in a nearby lagoon because she is not allowed to use communal sanitation facilities since she tested positive for the virus. She does not have access to a microwave or toaster, and authorities have given her stale food, which she had to cook with a fire outside. “We cooked kangaroo tail and dry curry,” she said. “The government must put its foot down and help.”

It takes up to a week for COVID test results to be reported, causing those infected to spend more time in the community and spread the virus. The city’s medical center does not have intensive care or ventilation facilities, nor do many regional hospitals.

Last week, an indigenous woman with COVID-19, who was having difficulty breathing, was reportedly turned away from Wilcannia’s medical department. It was only later that she was airlifted to Adelaide Hospital, nearly 600 kilometers away.

In a Facebook video of the incident, Indigenous woman Monica Kerrin noted the lack of ventilators in Wilcannia, commenting, “This woman is in need of medical treatment right now… she is struggling to breathe.” Kerrin said that when the woman first presented to the medical facility, “they didn’t let her in through the front door. They made her sit in the cold.

In a chilling warning, Kerrin added that NSW Health doesn’t have “a COVID plan here, they don’t have ventilators. They don’t have anything. I think they just have body bags.”

The government of New South Wales is keenly aware of the current health care crisis among rural indigenous communities. In 2012, the current Chief Medical Officer of NSW Health, Dr Kerry Chant, prepared a report on the health issues of indigenous peoples in western NSW.

Entitled ‘The Health of Indigenous People in New South Wales: Report of the Chief Health Officer,’ it covered Indigenous life expectancy and infant mortality, maternal and child health, health factors. risk of ill health, as well as the provision of health services to this population. .

Now nearly a decade old, the report found that hospitalization rates were 1.7 times higher for Indigenous people than for the general population. Native people were also 2.7 times more likely to be hospitalized for diabetes and had increased rates of cardiovascular disease, stroke and chronic obstructive pulmonary disease. All of these underlying conditions increase the risk factors for COVID-19.

Rates have only increased in the last ten years. According to a 2019 report from the Australian Bureau of Statistics (ABS), more than half of the Aboriginal population of New South Wales suffered from one or more chronic conditions that posed a significant health problem.

Maari Ma CEO Bob Davis, author of the letter, wrote “the poverty and extreme vulnerability of indigenous peoples and communities in the Murdi Pakki region [which encompasses much of far-western NSW] is the direct result of decades of failed government policies. I’m sure you can understand our anxiety that these failures will not continue, or get worse, throughout the COVID-19 crisis. “

In a letter to Prime Minister Scott Morrison this week, Maari Ma Aboriginal Health said a “humanitarian crisis” was unfolding. The official response had been “chaotic”, and errors and problems were piling up … Unfortunately, no tangible plan was in place before this outbreak that could have been easily implemented. As a result, we caught up on our delay from day one ”.

The Liberal-National Government of NSW has sought to redirect the blame for this crisis onto the very affected communities. Health Minister Brad Hazzard called those who attended a funeral in Wilcannia on August 13 “selfish”, saying that “if you actually spread the virus you could be responsible for the deaths of people.” As family members of the deceased noted, the funeral took place before the announcement of a statewide lockdown.

In reality, the NSW government is responsible for the crisis that is occurring in the regional communities, as well as in Sydney. With the backing of the state’s Labor opposition, he has refused to implement workplace closures and other measures demanded by epidemiologists to stop the spread, and instead insists the people must “Learning to live with the virus”.

Jamie Newman, of Orange Indigenous Medical Services, told the ABC’s 7.30 report that vaccination rates were low due to reduced supply. “We had overwhelming support for [vaccinations] but when we get 100 to 200 doses of vaccine given every fortnight, you cannot maintain the connection with the communities by offering something that does not exist, ”he said. The low rates are an expression of a chaotic deployment at all levels.

The crisis in Wilcannia, and more broadly, is an indictment of state and federal, Labor and Liberal-National governments. For decades, they have cut public funding for health care in remote areas, regional centers and large cities. Now their homicidal agenda of letting the virus tear itself apart to secure corporate profits is leading to disaster for workers, the vulnerable and the poor.

What COVID has taught us about reliable energy and healthy homes