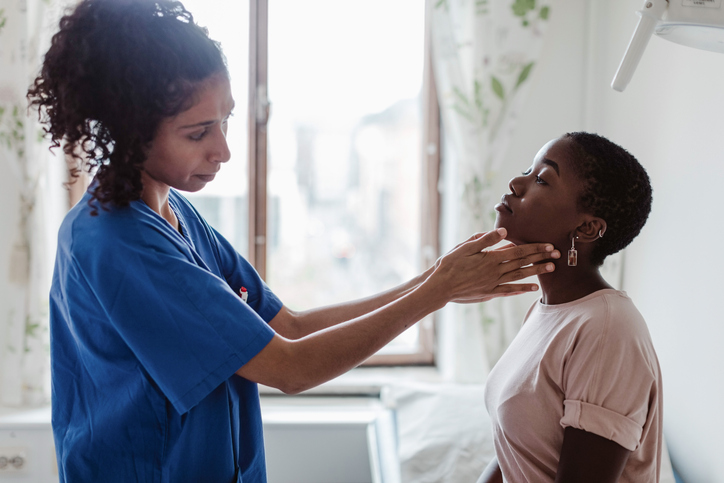 A NEW report has called for action to address the health inequities faced by black communities in Africa and the Caribbean.

A joint research project by Lewisham and Birmingham City Councils has unveiled 39 opportunities for action to help African and Caribbean communities tackle disparities in NHS care and since the Covid-19 pandemic had a disproportionate impact on people from black and minority backgrounds.

The Birmingham and Lewisham African Caribbean Health Inequalities Review (BLACHIR) has been hailed as a “landmark” report that used data, expert knowledge and the lived experiences of black people in both regions to contribute to change.

In the foreword to the report, written by Birmingham’s first black MP Paulette Hamilton and Sydenham MP Chris Bester, they said the recent findings had gone unnoticed for far too long.

“Birmingham and Lewisham are global communities that thrive on the many cultures and communities that make them up, including large, diverse and vibrant Black African and Black Caribbean populations,” they wrote.

“For too long, our Black African and Black Caribbean populations have experienced health inequities. These have often been ignored and their voices ignored, with these inequalities often being accepted as fact rather than an unacceptable wrong to be addressed.

“Although it has been difficult, the journey of the last eighteen months has been worth it. It also underscored the critical need for this work, as our Black African and Black Caribbean residents have been disproportionately impacted by the COVID-19 pandemic, both directly through infections and deaths, and indirectly. economically and socially.

While the review ‘opened up difficult conversations’, MPs both hailed how the everyday experiences of black people had now come to the fore and were ready to take action to lead to ‘lasting change’.

Birmingham, located in the West Midlands, is home to 8% of England’s African and Caribbean populations.

Lewisham has 23% of African or Black Caribbean people living in the area, according to the Office for National Statistics.

In the report, disparities in quality housing, lack of green spaces, pollution problems, unemployment as well as crime and food and fuel poverty amid the rising cost of living were all recognized as inequalities for black communities in Britain that contribute to struggling health. care.

Black people were found to be more likely to be unemployed than the English average in 2019.

Around 8% of people of black Caribbean and African descent were unemployed, compared to 4% of white Britons.

Nationally, 8% of black households were the ethnic group most likely to have a weekly income below £600.

In seven key themes, the report called for the factors of social life to be tackled head-on, including health behaviors and early intervention, as well as tackling the structural racism that has been recognized as a constant barrier to African and Caribbean communities.

The quality of maternal health care and meeting the needs of aging Black communities are just some of the areas for improvement among the 39 recommendations.

“The review is the first step in a long journey of transformation and resolution. This shines a light on the injustice our Black African and Black Caribbean citizens live with every day, which is detrimental to their health and well-being,” the foreword continues.

“This is the reality for too many citizens who live within our communities. They experience racism and discrimination, ignorance and invisibility within the structural and institutional processes that underpin and perpetuate these inequalities. It is a reality that must change.

“The review sets out clear evidence-based opportunities for action and it is now up to us as leaders to work together through health and wellness councils, new integrated care system partnerships and, above all, with our communities themselves, to move them forward.”

He added, “We are already implementing some of these opportunities for action locally in our regions, through programs such as community champions and pilot programs of culturally competent health and wellness programs, and we began to engage national partners to respond to these opportunities at the national level. We must commit to a better future for our citizens and we must work together to seize all opportunities.