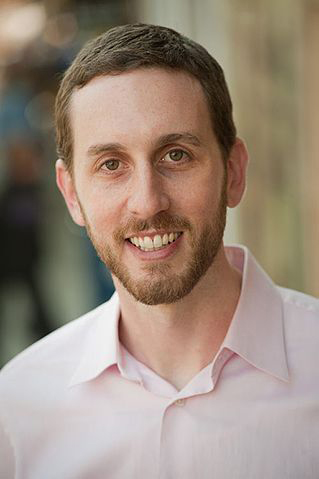 January 17, 2022 – SACRAMENTO – Senate Bill 57, drafted by Sen. Scott Wiener (D-San Francisco), passed the Assembly Health Committee by a vote of 9 to 4. It is now leads the Assembly’s Public Safety Committee. SB 57 legalizes overdose prevention programs, also known as safe consumption sites or safe injection sites, as pilot programs in San Francisco, Oakland, the City of Los Angeles, and Los Angeles County. The city council or supervisory board of each pilot jurisdiction has asked to be included in the legislation, and each will decide locally whether and to what extent they wish to participate. SB 57 simply removes the state ban that currently makes these programs illegal.

“The time has come for a comprehensive approach to our overdose death crisis, and safe consumption sites are a proven strategy to save lives,” said Senator Scott Wiener. “Public health interventions to deal with this crisis exist, and they work well in other countries. We cannot continue to say no to safe consumption sites and hope that somehow our addiction, overdose and mental health challenges will go away. They won’t, and they’re getting worse, because we’re not using all the tools we have to reduce harm, save lives, and help people access treatment and services. We need these programs, and today’s Assembly Health Committee hearing is a step towards achieving that goal.

COVID-19 has increased the urgency to legalize overdose prevention programs, given that overdoses and substance use overall are increasing dramatically. For example, San Francisco had a record number of overdose deaths in 2020, with 699 total deaths. Nationally, 100,000 people died from drug overdoses from April 2020 to April 2021, including about 10,000 people in California. This is a public health crisis, and it is preventable.

Overdose prevention programs – which have existed for years in Europe, Canada and Australia, with proven success – are supervised facilities where those who use drugs intravenously or otherwise can do so in a safer way, in the goal of transitioning them into recovery programs. In the decades these approximately 170 facilities have been open in other parts of the world, no overdose deaths have occurred in any of them.

During an 18-month study period of Insite in Vancouver, 336 overdoses were reported – but in all cases, the person who overdosed survived. That’s because there were trained professionals on hand to administer life-saving treatments like Narcan and get emergency help. Studies also suggest that overdose prevention programs reduce the burden on emergency services — like ambulances and emergency rooms — that traditionally respond to overdose events.

SB 57 gives San Francisco, Los Angeles, and Oakland local discretion to establish and operate these programs, where adults can use their own controlled substances under the supervision of trained personnel to prevent and treat overdoses, prevent HIV and hepatitis infection and facilitate entry into drug treatment and other services. SB 57 is a pilot program that will run for five years, until January 1, 2028.

Trained professionals provide people who visit overdose prevention programs with clean needles, have supplies such as Narcan to help with an overdose, and may have test strips for fentanyl and other life-threatening drug additives. Studies show that these programs prevent overdose deaths and help people with substance use disorder connect to treatment and other services. In addition, overdose prevention programs are an important harm reduction measure that helps limit the spread of communicable diseases, such as HIV and hepatitis C, through intravenous drug use. They also reduce crime and needle waste in the surrounding area and give those who use drugs the opportunity to avoid using in public spaces. Overdose prevention programs also relieve pressure on hospital emergency rooms.

This legislation has been introduced several times and was passed by the legislature in 2018 in an earlier form. He was opposed in 2018 by then-Governor Jerry Brown. Legalizing overdose prevention programs has broad support from leaders in San Francisco, Oakland and Los Angeles County, as well as public health and drug treatment officials.

“We are in the midst of an opioid epidemic that is claiming too many lives in our country,” said Mayor of London N. Breed. “We know that overdose prevention programs save lives, prevent public drug use and get people the help and care they desperately need. We need to implement programs across our state that can better meet the needs of people with addictions and save lives. I want to thank Senator Wiener for his leadership on this issue and his continued work to fight for the life and well-being of every Californian. »

“The San Francisco AIDS Foundation continues to support the establishment of safe drinking services, also known as overdose prevention programs, in San Francisco and California. We are pleased that SB 57 has passed the Assembly Health Committee and we look forward to seeing this bill passed in California. We are in the midst of a devastating overdose crisis and are losing Californians to overdose every day. We cannot afford to slow down or block the establishment of these evidence-based, life-saving services,” said Kevin Rogers, interim CEO of the San Francisco AIDS Foundation.
Source: Senator Scott Wiener