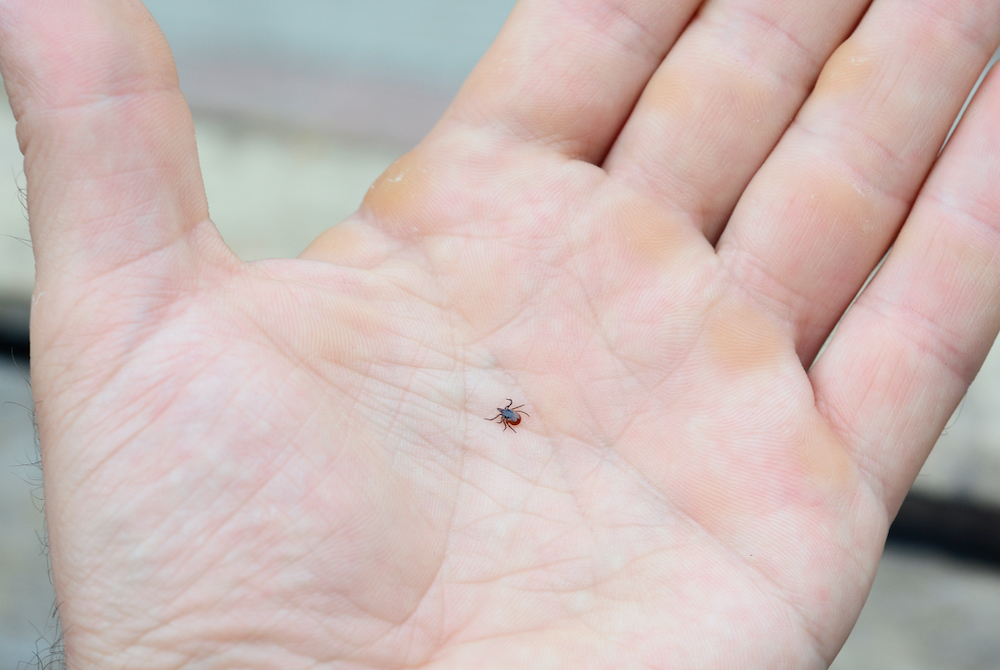 AMHERST, Mass. – The University of Massachusetts Amherst received a five-year, $10 million award from the Centers for Disease Control and Prevention (CDC) to establish the New England Center of Excellence in Vector-Borne Diseases (NEWVEC).

The UMass-based center is part of a group of regional Centers of Excellence designated by the CDC to reduce the risk of vector-borne diseases – such as Lyme disease and West Nile virus – spread by ticks, mosquitoes and other blood-sucking arthropods across the United States

Vector-borne disease expert Stephen Rich, professor of microbiology, is the project’s principal investigator and will serve as executive director of NEWVEC, whose three-pronged mission will leverage and integrate applied research, training and community of practice to prevent and reduce tick- and mosquito-borne diseases in New England. NEWVEC aims to bring together the academic communities, public health practitioners, and residents and visitors of the North East.

“We are really excited to create this community of practice and to welcome all stakeholders in the region who need to know how to do things like reduce ticks and mosquitoes on school grounds and public spaces. It’s also important to educate the public on best practices to prevent ticks and mosquitoes from biting people and their pets,” says Rich. “Part of this mission is to train public health entomologists – undergraduate, masters and doctoral students – who will be the next generation of people facing these challenges.

Infectious disease epidemiologist Andrew Lover, assistant professor in the School of Public Health and Health Sciences, will serve as deputy director of the center, along with co-principal investigator Guang Xu at UMass Amherst, and co-investigators majors at Northern Vermont University, University of Maine, University of New Hampshire, University of Rhode Island, and Western Connecticut State University.

“This center fills a critical gap in vector-borne disease responses in the region,” says Lover, who aims to apply her previous work with regional malaria elimination programs to build strong networks in the Northeast region. East. “As pathogens and vectors do not pay attention to borders, coordination between states is essential for the public health response. Among other things, we will develop practical public health tools to understand how and where people are. more likely to interact with ticks, which will then enable well-targeted and effective health programs.His laboratory will also provide technical assistance to directly support local health practitioners in optimizing surveillance strategies. vectors and operational research design to improve program effectiveness.

Xu, a research professor in microbiology, will be responsible for the center’s pathogen testing core and will conduct applied research in evaluating tick removal approaches.

Rich notes that blood-sucking ticks transmit more vector-borne diseases than any other arthropod in North America, accounting for some 400,000 cases of Lyme disease each year. “And at least half a dozen other pathogens are associated with the blacklegged tick,” commonly known as the deer tick, he adds. “It’s kind of a silent epidemic.”

Researchers say it is essential to tackle the problem on all fronts by using applied research projects to reduce tick populations and optimize personal protection and control products, and by training students and workers in public health, as well as individuals.

“Here in New England, with the changeable weather, tick season is almost year-round,” says Rich. “So we’re not only trying to reduce the number of ticks in the wild, but we want to educate people on best practices so they can keep the risks as low as possible.”

Partnerships and collaborations across New England – from research labs to communities – will allow NEWVEC to have the greatest impact and the best strategies to reduce and prevent vector-borne disease.

“We’re going to communicate the best research to our stakeholders,” says Rich. “But the best communication is two-way, so we’ll make sure research investigators hear end users. If something works well in the lab but can’t be used in the field or in households, we have to adjust in order to find better solutions. This is where we hope NEWVEC can change the game. »