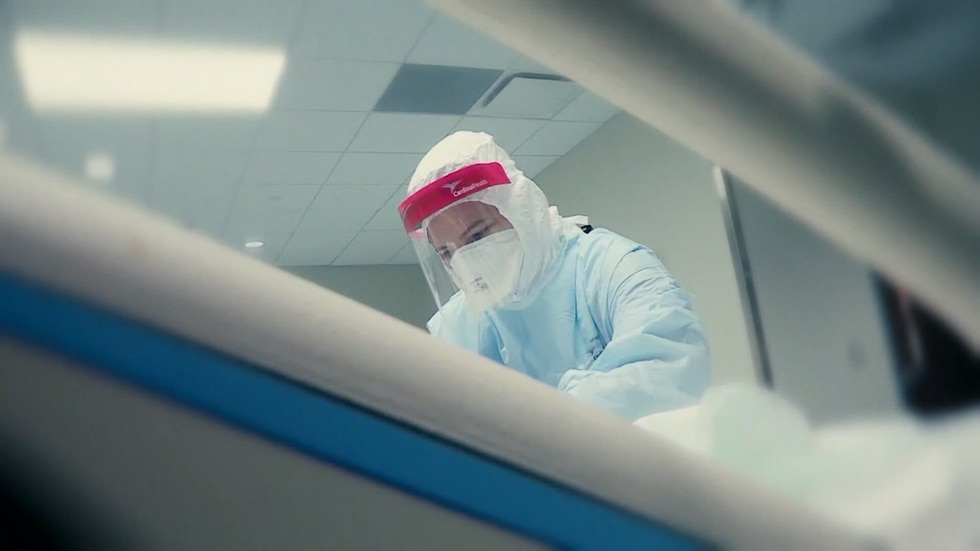 Cox and Mercy Reflect on COVID-19 Response in 2021; propose plans to improve healthcare in 2022

SPRINGFIELD, Mo. (KY3) – In 2021, Springfield saw a massive influx of COVID-19 patients as the Delta variant ramped up. This not only led to the filling of hospital beds, but also the exhaustion of healthcare workers.

CoxHealth and Mercy reflected on the lessons they learned from 2021 and how it will improve healthcare in Southwest Missouri in 2022.

Both hospitals say the biggest takeaway is that healthcare workers have learned to adapt quickly. Care plans for patients were constantly changing as more and more information about the virus came out, which led to much more flexibility.

“Expect the unexpected,” McCoy says. “You don’t know where the next variant will come from, what it will look like, what its impact will be. Is it going to be serious, not as serious? It’s constantly evolving and we’re constantly learning more about it.

CoxHealth President and CEO Steve Edwards said the Delta variant has put the hospital system on its heels.

“Our staff were not prepared for this massive increase,” Edwards. “We have seen more patients after delta than with the original ancestral strain. I think we have learned that this pandemic is going to continue in a complicated way. “

“We were looking at data from previous years that had been compiled from a study three to five years old,” says Edwards. “Now we are reviewing the pre-prints released yesterday and changing our practices. It made our team much more agile. We are communicating with our doctors much better than ever. I think it saves lives.

However, Edwards says it’s not just about getting new information, but also implementing it effectively.

“It’s not uncommon for us to read and change policy in every hospital overnight, which could have been a bureaucratic nightmare three years ago,” says Edwards. “It took maybe six months and now we’re doing it overnight.”

For Mercy, McCoy says there is also pressure for a greater focus on access to care in small communities in 2022.

“How do we use our smaller regional facilities to provide this care,” says McCoy. “How do we continue to develop our resources in these communities to access them so that people don’t have to travel to Springfield to go to a bigger hospital for things they could have done in their community.”

For CoxHealth, Edwards says he expects demand for health services to continue to grow, which has led the hospital to open new super clinics.

“Big projects that reorient care closer to the patient instead of coming together in large academic medical centers,” says Edwards. “We will be more in the community, so we are developing these 30,000 square foot clinics. We also have other programs designed more around Medicare patients. “

Edwards says one of her main concerns at CoxHealth is the nursing shortage she faces and the mental toll the pandemic has caused to workers.

“It’s a type of event that forms PTSD,” Edwards says. “I think what makes them especially difficult for them is how hard they work for the patients and sometimes we have imbalanced patients and families who don’t understand this disease.”

Edwards says Cox College has seen growth over the past year, with increased interest in careers in health care.

“A lot of people have been drawn to healthcare because they see the difference people make in healthcare,” says Edwards.

“We knew there would be nursing shortages ahead,” McCoy says. “They were planned for several years, so it accelerated due to the pandemic.”

“Staffing and staffing shortages are a daily concern and it will take several years for this to be corrected, I believe,” said McCoy. “It’s a question of every day, how we build and work to fill the pipeline of people who come in. “

McCoy says that aside from staff retention, the focus is also on recruiting new healthcare workers.

“It tries to address the people who are in school, the people who want to go back to school and how do we impact that,” McCoy says. “There is the problem of supply and demand and that is why he is working with nursing boards and other parties to be able to increase the capacity of nursing schools.”

Edwards says there has been a lot of misinformation about the virus and the vaccine.

“I naively thought about the power of information that would do everything, but it also amplifies or amplifies disinformation,” Edwards says. “We cannot follow the misinformation. Every day there are four or five new theories, it seems they are wrong.

Edwards says CoxHealth has been and will continue to try to combat this.

“We were much more communicative than ever,” says Edwards. “Posting videos and information in all ways, but social media amplifies this misinformation and I don’t know how to deal with it. “

McCoy says Mercy will focus on continuing to impart science to people to try and combat disinformation.

“You’re not going to get 100% of people to agree,” says McCoy. “It’s a question of whether we can get a majority of people to lay down their political arms if you want to and stop and focus and start looking outside what I gain and how can- we better benefit the community as a whole. I think that’s where we need to come back.

To report a correction or typo, please send an email [email protected]

Why are emissions measured?