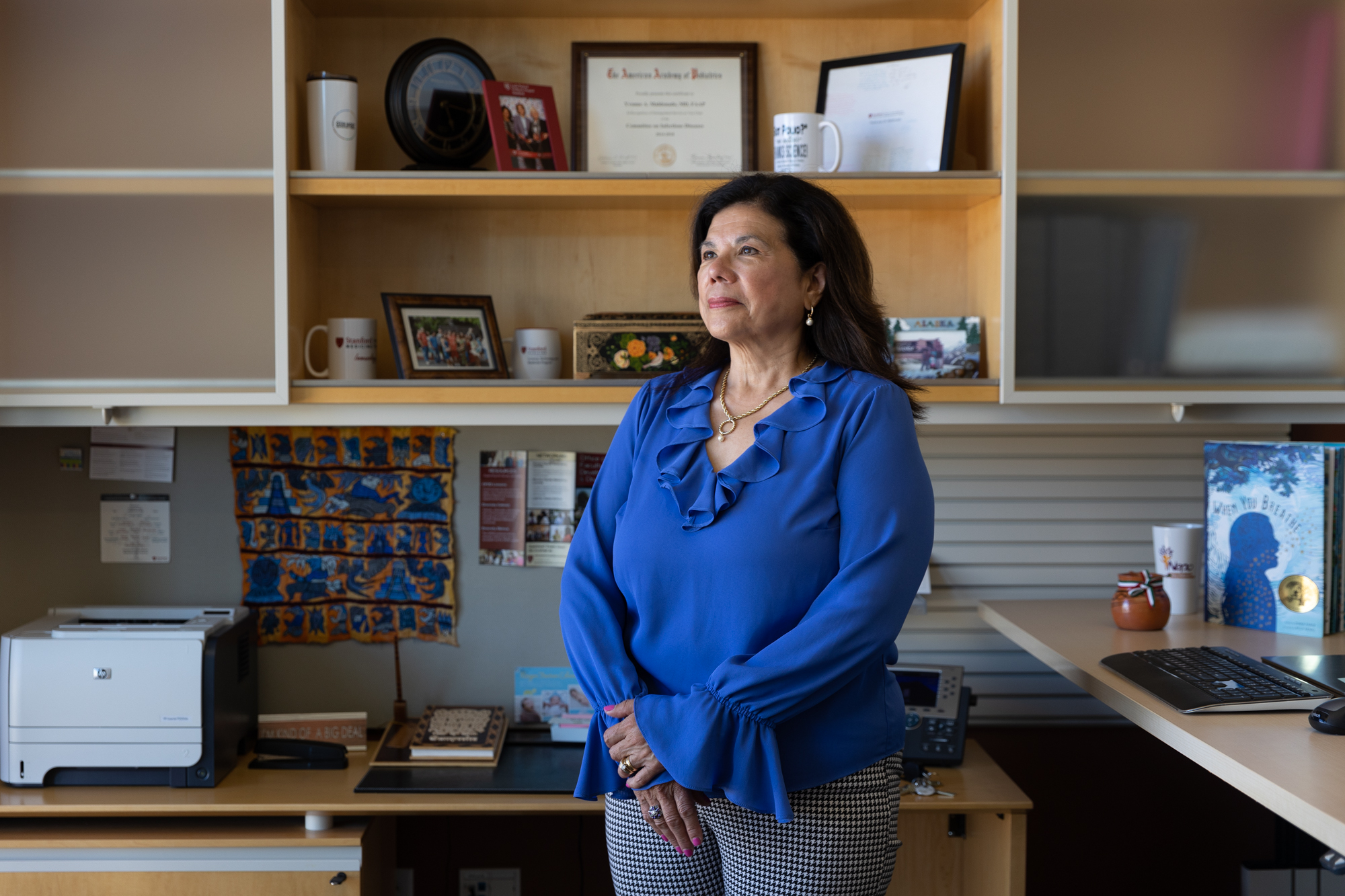 Dr. Yvonne Maldonado has been at the forefront of global health challenges. Nothing prepared her for COVID-19. | News

Dr. Yvonne “Bonnie” Maldonado was in a hotel room in San Francisco, getting ready to go out for a New Year’s Eve dinner with her husband, when she saw a television report about an ongoing severe pneumonia outbreak in China.

The infectious disease specialist first heard about the pneumonia outbreak in November 2019. But by then, she said, it became clear to her that something more was going on.

The familiar anxieties she had felt about the SARS outbreak in 2002 resurfaced. But SARS died out and this new epidemic accelerated.

“I was like, ‘Oh my God, it’s not gone yet. So that’s going to be important,” said Maldonado, a professor of pediatric infectious diseases and health research and policy at Stanford University. “I made a mental note to myself: I have to check in to the hospital tomorrow, or after the New Year, and make sure we screen our patients. …I made a mental note to check in with my team the next day and make sure we follow up on the feverish travellers, especially those who entered the hospital.”

“I didn’t know where this would go, but I wanted to teach students that this is how you track illnesses and how you can tick it off and say it’s not a problem, or yes, you have to keep doing it. follow. … We started to realize that this was not going to be a trivial issue.”

Maldonado has since made significant contributions to the study of SARS-CoV-2, which causes COVID-19. Among his work are studies of nasal swab techniques that led to home testing and the development of an antibody test to detect the virus, which received Food and Drug Administration approval. Due to her work, Stanford is also credited with developing its own PCR tests before any other private institution in the United States.

On Thursday, April 21, Maldonado will receive the Tall Tree Global Impact Award from the Palo Alto Chamber of Commerce and the Palo Alto Weekly for his unprecedented frontline work during the coronavirus pandemic. This is only the third time since the awards program began in 1980 that Tall Trees has presented a Global Impact Award recognizing a community member whose work has had a long and significant influence beyond Palo Alto.

“My job here is to keep my hospital and our patients safe. And that’s the first thing I started thinking about,” Maldonado said.

Having worked in global health amid cholera outbreaks and in countries where there was Ebola, she began to prepare for the spread of the SARS-CoV-2 virus. Long before community transmission became commonplace, she began thinking about how to prepare for an influx of cases: Are we ready for cases when they arise? What are we doing? How to deal with isolation and containment policies?

“When it became clear there was community transmission, that’s when I said, ‘OK, now we have to pull the trigger because it’s here,'” she recalled.

And it happened quickly, she said. In March or April 2020, Stanford already had test tents outside and was testing people.

“At one point, I think we were testing 30% of all people in California because there were issues with CDC PCR testing, and we had our own tests that the FDA had reviewed and validated for us,” she said.

Maldonado came from humble beginnings. Her parents, Mexican immigrants who moved to Los Angeles, were looking for the typical American dream, going from the bottom up, and they just wanted their kids to go to college, she said.

“My sister and I had to figure out how to make it happen, with their support, obviously, but the decisions to be made were really made by us without much input because we didn’t have anyone who could advise us. . .. So I had to go with what interested me. And I’ve always been very interested in science,” she recalls.

Maldonado earned his medical degree from Stanford University School of Medicine and completed his pediatric residency and fellowship in pediatric infectious diseases at Johns Hopkins Hospital. She became an Epidemic Intelligence Officer for the United States Centers for Disease Control and Prevention at the start of the HIV/AIDS epidemic in the United States in the 1980s. She worked in Zimbabwe to reduce transmission perinatal HIV from pregnant women to their infants and on the development and distribution of vaccines in developing countries, including Mexico. She is the founder of the Stanford Pediatric HIV Clinic.

“I really liked that idea of ​​social justice. I guess we didn’t call it that back then, but my parents were still working in the community. Here in the States, and even back home, we were still doing volunteering and helping people who are less fortunate, so there was always a sense of giving back and community,” she said. “Especially because I went into infectious diseases and worked with vaccines, in particular, and children, it was very difficult to ignore the fact that in so many parts of the world children were dying of diseases that we would not think we had in developed countries. country, either they were simply present or in very small numbers, or the children did not die of some of these diseases.

“So this idea of ​​reaching out not only to the United States, but also to international borders and countries with lesser resources was really fascinating to me. I just thought that was where you could have the most impact. and in the fastest way possible,” she said.

She said SARS-CoV-2 was singularly surprising.

“I think one of the things – there were a lot of things that surprised me, obviously – but the way this virus manifested was so unusual. Some people were asymptomatic. Some people had mild symptoms. Other people had intense symptoms of the inflammatory system and other people had purely respiratory manifestations, and that whole range, it was really hard to understand.

“The other thing that I think has been surprising over time is how these viruses were able to mutate and really dominate. They were able to dominate entire countries and all regions of the world. was also interesting,” she said.

Looking ahead, Maldonado said, “We just don’t know what to expect. What will happen with the next set of mutations? Will they be worse? Better?

“It’s been two years. I am constantly adapting to this virus as it adapts to us,” she said.

• Hal Mickelson: Piloting the Future of Palo Alto’s Past

• Palo Alto Players: The art of raising the spirit of a community