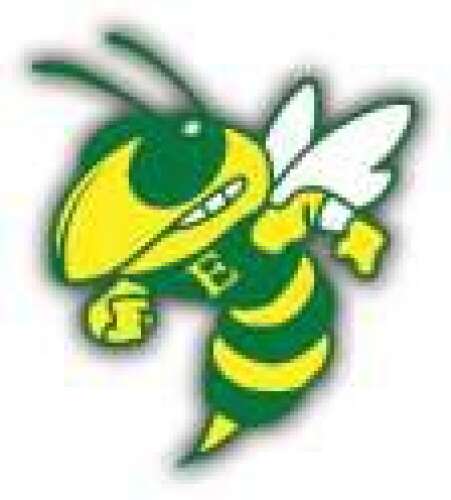 East Penn’s board of directors unanimously approved passage of the updated district health and safety plan on July 12.

Several in the audience defiantly refused to wear a mask, when asked by President Ken Bacher at the start of the meeting. They had come to protest the mask-wearing and express concerns that the plan was too flexible, fearing that the â€œarbitraryâ€ COVID-19 restrictions could be easily reinstated.

Before the vote, three residents approached council with public comments on the health and safety plan.

Kerri Ranck, resident of Emmaus, supported the end of the district in the compulsory wearing of the mask. She questioned the vague “maintain social distancing to the extent possible” language in the new plan. â€œI am happy to see that the gymnasium will be used as a gymnasium again,â€ she said. â€œWhat about libraries? Ranck asked.

“It’s theater and we’re sick of it!” Macungie resident Jason Jenkins said as he gave a passionate performance criticizing the directors for always wearing masks while being vaccinated at the reunion. â€œStop signaling virtue,â€ he said while saying the warnings on the face cover boxes read, â€œNo protection from COVID. He provided statistics that children were less likely to die from COVID-19 and expressed doubts about the safety of available vaccines. â€œI hope you don’t go prostituting our schools for vaccination spots,â€ Jenkins said as he criticized the district for its relationship with Lehigh Valley Health Network.

Jenkins asked about the details of the plan for cafeteria meals and bus transportation. He said he didn’t want to see his child locked up in partitions while he was having lunch for another school year. “My child is suffering in a way you cannot even imagine,” he added, “When will it be enough?”

â€œI’m actually running for the East Penn School District School Board,â€ Rachael Vermeulen said, introducing himself. Macungie’s politically active resident and educator cited a PA code that defines interference with a child’s breathing as “child abuse.” A participant in the recent Rally for Choice – My Child My Choice in Allentown, Vermeulen said: â€œI have participated in every rally! and described his work against the mask warrants.

“The CDC [Centers for Disease and Prevention] just lost the case in federal court in Florida, â€Vermeulen said of a recent mask warrant case. â€œWe intend to hold each of you, and anyone else involved in developing the health and safety plan, personally accountable in court. We’re already going after school districts, so be prepared, â€Vermeulen said.

On another topic, Doris Farrar, a resident of Lower Macungie Township and a retired psychiatric nurse, raised concerns about how Critical Race Theory might divide students in the district, depending on how it is. taught. Although he is a supporter of learning from the country’s history, including its social and racial injustices, Farrar said, â€œThe concept of holding certain individuals hostage to history will not change attitudes. Bringing people together to promote acceptance and learn from each other creates a process of growing respect.

The U.S. Elementary and High School Rescue Plan’s revised bailout, emergency health and safety plan immediately returns the district to a return to much of its pre-pandemic modus operandi for the summer and the coming school year. Some COVID-19 protocols are still in place.

Most importantly, masks will now be optional for all students and staff, unless required by state or federal mandates.

Masks are still mandatory for students and school bus drivers in order to comply with a January federal decree. School superintendent Kristen Campbell said when the federal ordinance is lifted, the district’s tenure also ends.

School facilities will revert to pre-pandemic settings to prioritize in-person teaching experiences. Physical distancing will occur to the greatest extent possible and consistent with the prioritization of educational teaching. This includes returning some classroom furniture to teaching spaces, but â€œnon-essential furnitureâ€ will remain outside of classrooms to maximize available space. Gyms previously used for additional cafeteria seating will be returned to be used for physical education classes. Additional seating will be added in cafeteria spaces where possible.

In response to questions from board members and public comments, the administration assured the residents’ children would return to a “typical” pre-pandemic playtime experience and once again have regular access to school libraries. Students will not be separated by partitions when they are seated with their friends during lunch.

Students and staff should wash their hands or disinfect themselves before lunch. Heavily affected areas like doorknobs will often be disinfected. The changing rooms will also be disinfected. Classrooms will be cleaned and disinfected every evening as recommended by the CDC.

Students with disabilities will have access to the same programs and opportunities as their non-disabled peers.

In her district update, School Superintendent Kristen Campbell announced the start of the District Summer Learning Academy for Kindergarten to Grade 5 students at Shoemaker Elementary School. The Rotary Emmaus Club, along with several other local service organizations, will continue the weekend food collection program for families in the community. In-person orientation sessions for new students are scheduled for August and kindergarten registration is encouraged for children who turn five by September 1.

In terms of personnel, the directors took note of the retirement of the deputy director of Emmaus Jessica Thacher. She will take up her new role as STEM Supervisor (K-8) to replace Michele James who is retiring effective August 10.

New approved hires include Jennifer Knerr to teach first grade and Alyssa Machado to teach kindergarten at Wescosville Elementary School and special education social studies teacher Justin Miller in grades 7-12 and the expansion of special education for kindergarten to grade eight. Eight full-time alternates were also approved, some of these positions being funded by ESSER. All are effective in August.

Assistant Superintendent Douglas Povilaitis provided a first reading on the Council’s policy updates regarding electronic signatures and records and the District of East Penn social media.

Bacher announced that there was an executive session held at 6:45 p.m. before the public forum on personnel matters.

The next regular meeting of the school board in person, with optional masks, will take place on August 9 at 7:30 p.m. in the administrative building, 800, rue des Pins, EmmaÃ¼s. The documents can be accessed by the public through BoardDocs via a link on the district website.

Over a year later, the Upper West Side community is still cheering on healthcare workers every night – CBS New York