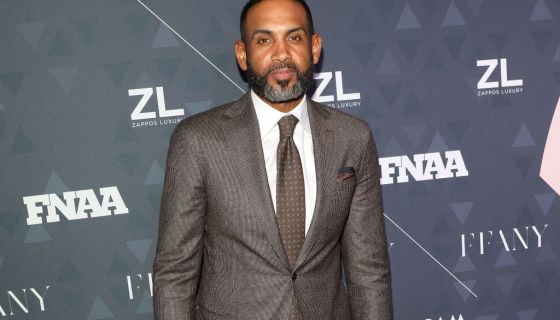 NOTBA legend Grant Hill emphasizes empowering individuals to take charge of their health. The basketball player turned host is teaming up with biopharmaceutical company Dendreon Pharmaceuticals, to raise awareness of the racial health disparities surrounding prostate cancer through the creation of a new initiative.

Studies show that black men are 1.8 times more likely to be diagnosed with prostate cancer than white men. Other research found that one in seven African American men would develop some form of cancer in their lifetime. Contributing factors include the lack of access to equitable preventive care which often stems from socio-economic barriers. The campaign, dubbed Start Strong, was launched to draw attention to the staggering statistics, encourage individuals to take concrete action to seek the best treatment for best results through regular screenings, and foster conversations about what can. be done to change the narrative.

Hill believes that tackling the disproportionate impact of prostate cancer on black men begins with educating individuals about their options. â€œProstate cancer is a risk for all men, but it disproportionately affects African American men. In fact, African American men are twice as likely to be diagnosed and two and a half times more likely to die from prostate cancer than Caucasian men, â€he said in a statement. . â€œWhen I learned about this disparity, I felt compelled to help educate African American men about the burden of prostate cancer and the potential treatments that can help them manage it. Over the coming holiday season, many of us will safely reconnect with our families, and I encourage you to take the time to talk about our health with those close to you. Every second counts for your health, so it’s crucial that men work out a treatment plan with their doctor.

The Start Strong campaign is one of many initiatives launched to raise awareness of racial disparities in health and prostate cancer. Businessman and philanthropist Robert F. Smith partnered with the Prostate Cancer Foundation to develop an affordable test that would detect the first signs of prostate cancer and ultimately help with risk management.