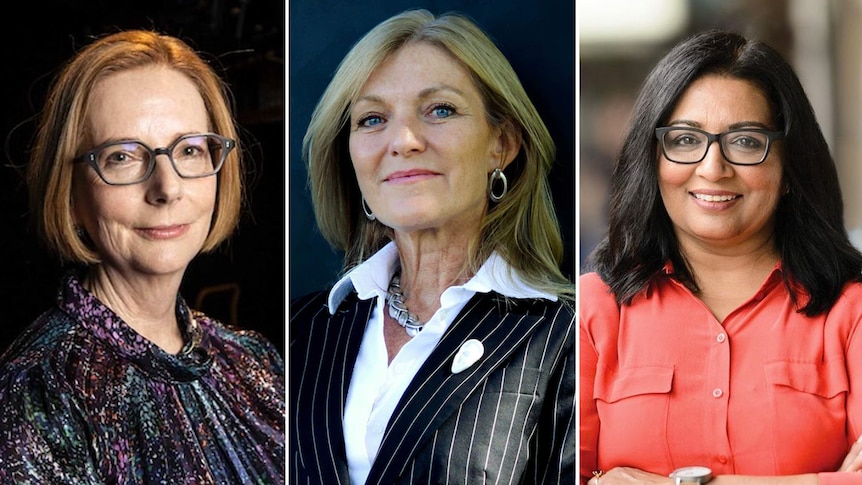 “She should stay in the brothel she clearly belongs to.”

“To be hated is sometimes very well deserved.”

In Australia, more than a third of internet users have experienced some kind of harassment or abuse online, such as offensive language, sending unwanted sexual material, or threats of physical violence.

In some sectors, such as politics and journalism, online abuse is commonplace, even expected, especially for women or people from minority communities.

Victorian MP Fiona Patten has spoken publicly about the consequences of the abuse, revealing last year that she had deactivated some of her social media accounts after growing concerned for the well-being of her staff, who had to wade through comments “misogynistic and violent”, including those above.

But while online abuse can have serious psychological consequences for individuals, it also has wider implications for a healthy society. With the pandemic exposing deep ideological divisions within the community and a looming federal election, there are growing concerns that such attacks will end crucial conversations, push voices and ultimately threaten the health of Australian democracy.

Online abuse has a unique “chilling” effect on women and people from culturally diverse communities. Research suggests that 71% of female journalists have suffered online abuse, with Indigenous and LGBTIQA+ journalists disproportionately affected.

The consequences are alarming. Many journalists say they have “attenuatedor avoided covering some stories after being harassed online, while others reported leave the profession completely.

This silencing effect is even more concerning when considered in the context of when journalists suffer the most abuse – when write about gender, politics and human rights.

But for many trolls, silence is precisely the goal: online abusers often target their harassment to deter women from pursuing careers in journalism and deter journalists from reporting on particular topics.

Following his investigation into alleged war crimes committed by Australian forces in Afghanistan, ABC journalist Mark Willacy has been the target of violent threats online, including videos of his book being burned and shot. (In December, Victoria police charged a man with threatening to kill and using a telecommunications device to threaten.)

Online abuse is also frequently directed at politicians. A analysis by social data firm Max Kelsen in 2016 found that Julia Gillard had received twice as much abuse as Kevin Rudd, and that the abuse was “more personal, vitriolic and often sexual”.

A study by doctoral student Medha Majumdar considered the toll of online and offline harassment on female politicians, which she described as “relentless and normalized in Australian politics, particularly for diverse women”.

She discovered that online abuse can have devastating consequences offline: some women parliamentarians said they had to relocate and tighten security due to persistent threats, while others said they left completely politics.

Of the women working in politics who were surveyed by Majumdar, three-quarters (74%) said harassment had harmed their interest in remaining in politics.

“A female sitting member should be in a respected position in a respected office in society, but you constantly have to deal with online abuse,” Majumdar said. “It pushes women away from social media, which means they are at a disadvantage when they get re-elected, as people engage on the internet to discuss and understand politics.”

“In Australia we have a political pipeline system where people interested in politics can work for an MP to understand the position and then apply for public office,” Majumdar said. “This constant observation of abuse deters young people, and young women in particular, from running for office. They think, is this going to be a safe environment for me in the future? I want to manage for the next 20 years of my career?”

“The insult inflicted on me is always the same”

“I can’t count on two hands the number of women who won’t go on Twitter,” she said. “It has a silent effect. Before, I used to have a lot of fun on Twitter, but now I’m very careful about the words I use and what I say. It reminds me how much women are careful about what I say. they wear at night to avoid attacks.”

She’s not the only one speaking out. Tasmanian Local Government Members last year released a statement claiming online abuse had a ‘chilling effect’ on women wanting to sit on local councils.

They pointed to a 2019 survey that found 60% of elected officials had been bullied or harassed online. The female representatives, the members said, suffered more abuse and assault than their male colleagues. The group said:

“No one enters politics if they are thin-skinned. You expect – in fact, welcome – different perspectives and in-depth, issue-driven debate. However, what we see every week in the Tasmanian local politics, especially on social media, is a debate that cuts across It ceases to be a matter of politics or even partisan politics and becomes deeply personal.

New South Wales Greens Senator Mehreen Faruqi did not foresee the level of abuse she would face as Australia’s first Muslim female senator. The more she talks, she says, the more targeted she is.

“It took me a while to realize that no matter what I say, the abuse I experience is always the same,” Dr Faruqi said. “It’s based on where I’m from, what I look like, my religion. That makes me “the other”. It has repercussions on your health, the health of your team, the health of your loved ones and your family.”

But it also undermines the will of marginalized communities to participate in democracy, she believes:

“It has the effect that people don’t want to engage in debate and representation at a political level. I mean, look at our parliament. There’s a reason we’re so unrepresentative of traditional Australia. “

For Dr Faruqi, part of the solution lies in addressing the underlying societal issues that contribute to online abuse, and that can start with other MPs calling him when they see him.

“Leaders should say it and not do it themselves,” she said. “It’s not uncommon for politicians to whistle or unleash outright racism or stand on the sidelines and say nothing. That needs to change.”

The Office of Parliamentary Training asserts that democracy “is built on citizen participation” and the core proponents of democracy include tolerance of opposing ideas and freedom of expression.

In this way, self-censorship in response to online abuse can affect the health of our conversations and industries, and act as a barrier to diverse inclusion.

Of course, it’s not just journalism and politics that are influenced by online abuse, but these institutions are vital to a healthy democratic society, especially in the midst of a pandemic and in the run-up to elections. Another is science, which is also grappling with the fallout of senior scientists walking away after being targeted online.

Last year, the Australian Science Media Center reported that one in five scientists surveyed had received threats of physical or sexual violence after speaking to the media about COVID-19, and many were unwilling to do any more interviews as a result.

“We were concerned about this given the impact of removing world leaders with key expertise from public debate,” said Lyndal Byford, director of news and partnerships at the Australian Science Media Centre. Ultimately, she says, “the public suffers because there is less quality information.”

One such scientist is Dale Dominey-Howes, professor of hazard and disaster risk science at the University of Sydney, who has spoken publicly about natural disasters and climate change.

Speaking with the media is usually an enjoyable part of his role, he said, not least because it makes him feel like he’s giving back to the community. But it increasingly exposes him and his colleagues to threats of harm.

“I was being trolled. I was being insulted,” Professor Dominey-Howes said. “Somehow, I don’t know how, individuals got their hands on my cell phone and my home address, so I was getting hate mail, death threats and poison letters where people had cut up pieces of newspaper to create [messages like], ‘I’m going to kill you, I know where you live, you’re an idiot. Do you see’. And it was sent to me.

“It affected my emotional and mental well-being and I spent much of the year not doing this work because it was so overwhelming.”