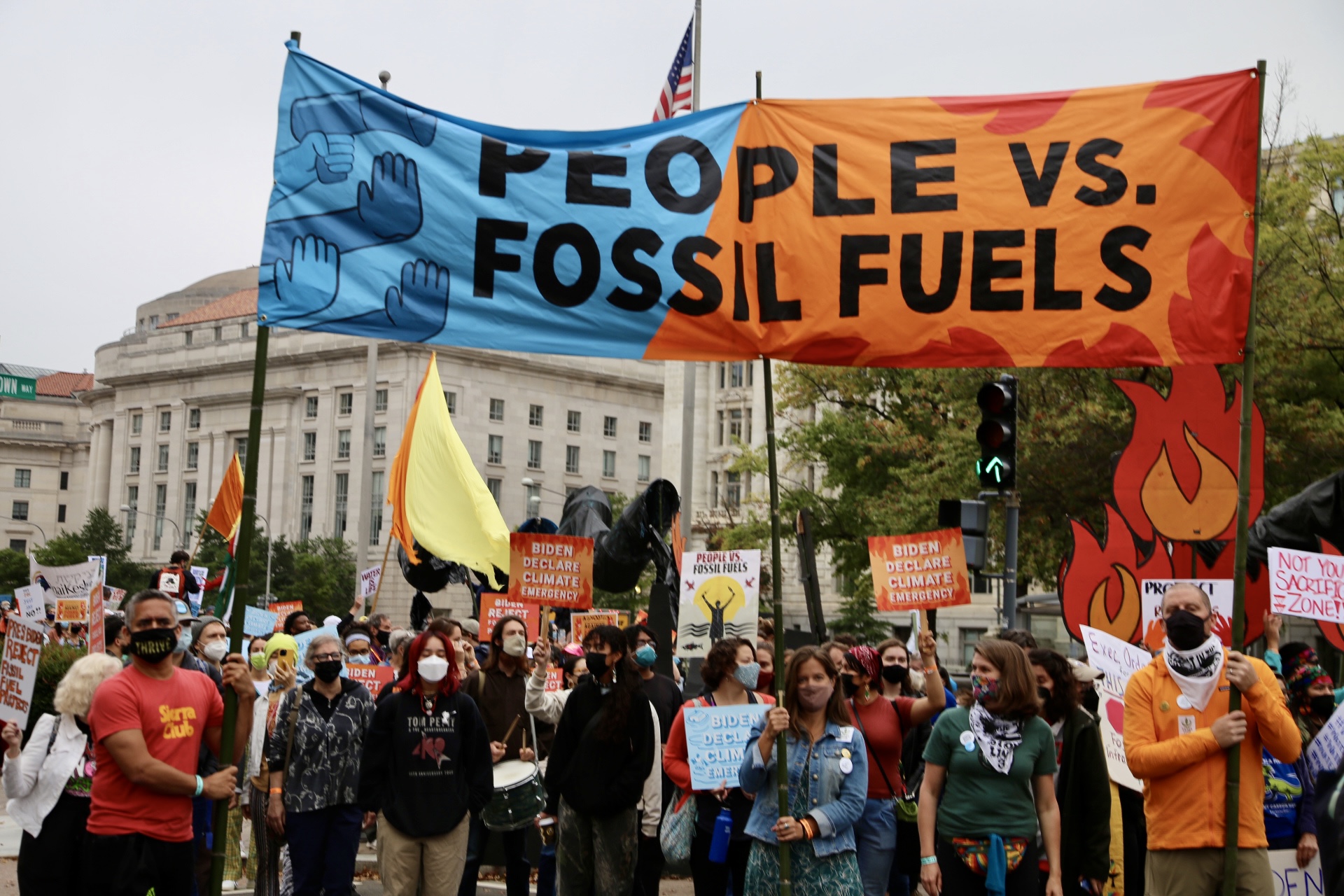 I risked arrest in solidarity with frontline communities to tell President Biden: choose our future over fossil fuels

This week, I was one of more than 500 people at risk of arrest at the gates of the White House in response to an urgent call to stand with the frontline communities who bear the burden of the pollution caused. by fossil fuel infrastructure. I was proud to join them in urging President Biden to honor his commitment to climate justice and use his authority to stop fossil fuel projects now.

For the first 120 years of its history, the Sierra Club imposed an embargo on civil disobedience. This week was just one of the few times Sierra Club leaders have risked arrest for bringing attention to our cause. But frontline community leaders, backed by Sierra Club members and supporters, have tried everything to urge our elected officials to stop pointing us toward climate and environmental catastrophe. We have sent petitions, rallied and even testified before Congress.

Corn as these frontline community leaders write, “We have everything to lose and no time to wait.” Fossil fuel projects are a daily health and justice disaster for the communities that live nearby, especially indigenous, black, brown and other communities of color and low income communities struggling with a long legacy of environmental racism and toxic pollution. From oil and gas export terminals on the Gulf Coast, to toxic plastics and petrochemicals in the Appalachians, to oil and gas pipelines in the Midwest and drilling in the Arctic, fossil fuel expansion projects violate indigenous rights and threaten sacred sites; threaten public health; and pollute our land, air and water.

All of these projects are pushing our climate to the brink of disaster, and we need President Biden not to listen to the fossil fuel leaders and instead support the health and safety of our communities.

President Biden campaigned on a bold vision for climate action and environmental justice, and he’s taken important steps to make that vision a reality. But climate justice doesn’t mean building clean energy in some communities while leaving others to be areas sacrificed to the greed of the fossil fuel industry.

Despite months of protests along the pipeline route, Biden allowed the Line 3 pipeline to move forward. As a result of this inaction, hundreds of thousands of gallons of dirty oil from the tar sands will now flow every day into critical waterways, Anishinaabe Treaty lands and many communities in the Midwest. His administration is also supporting the expansion of fracking gas export facilities. If built, they will exacerbate the climate crisis and the health impacts of fossil fuel infrastructure on Latinx and Indigenous communities on the Gulf Coast.

We all deserve to live in healthy communities free from toxic fossil fuel pollution and safe from climate disasters. Congress plans to adopt strong policies for clean energy and environmental justice as part of the Build Back Better Act. Yet President Biden does not need to wait for Congress to address our climate and environmental crises. As the administration prepares for the United Nations Climate Change Conference in Glasgow next month and hopes to lead the world to comply with the Paris Agreement, it is essential that it starts inside our own borders by rejecting fossil fuels in favor of clean energy.

On Indigenous Peoples Day, more than 130 people were arrested at the White House. More and more people were in the White House every day this week, answering the call from leaders on the front lines in the fight against climate change and fossil fuel infrastructure. We urge President Biden to honor his commitment to climate justice and use his authority to stop fossil fuel projects now. Are you supporting this movement for a liveable future by sending a message to the White House today?