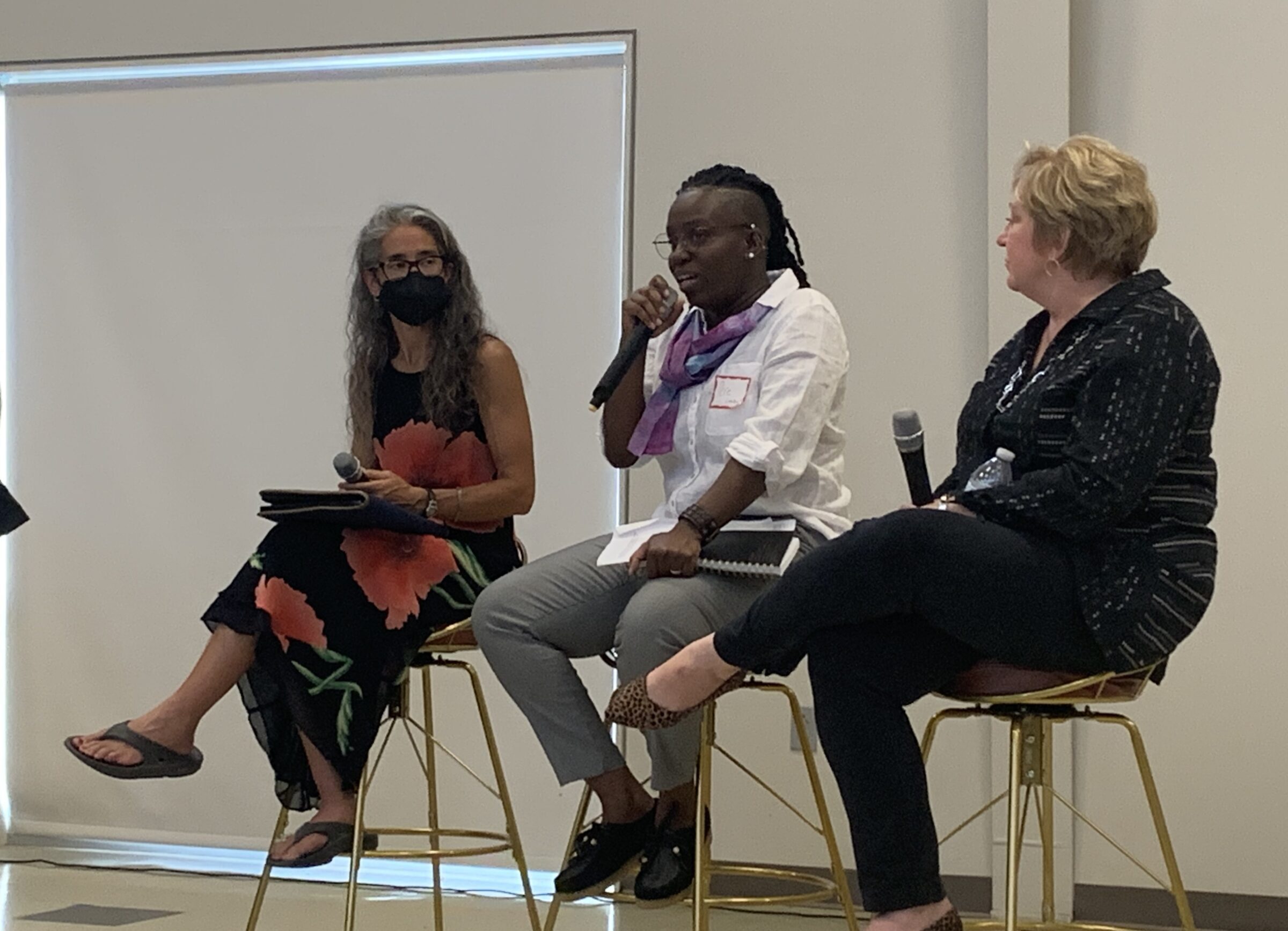 TOPEKA — Pere DeRoy says for marginalized communities, Kansas’ abortion rights constitutional amendment is neither the beginning nor the end of the problem of medical abuse.

DeRoy, a doctoral student in the Women’s, Gender, and Sexuality Studies program at the University of Kansas, says people of color have been ignored or hurt by past policies like forced sterilization. They said if history is any indicator, those communities will likely feel the most severe effects of the Aug. 2 vote on the constitutional amendment.

If the amendment were to pass, DeRoy worries, those already struggling would have to resist the worst additional restrictions.

“My main fear in terms of the ripple effect is that the people doing the work should be doing it in a heavier way,” DeRoy said. “People pushing for productive justice, they’ll have to advocate and fundraise and dance to different music with this amendment, right? The amendment escalates the problems for those who were already in positions inherently vulnerable.

DeRoy was joined on Wednesday by a diverse panel with backgrounds in nursing, law, history, elections and more. The discussion was part of events hosted by the YWCA of Northeast Kansas in response to the overturning of Roe v. Wade and to the upcoming amendment vote.

The focus of the events goes beyond reproductive rights, examining the intersection of justice issues with abortion. Panelists discussed how unequal access to health care has led to racial disparities in maternal and other health outcomes, linking these concerns to the impact of the upcoming amendment.

Kansans will decide in the August 2 election whether to remove the right to abortion from the state constitution. Advance voting is underway across the state.

In the first public poll on the issue, 47% of the more than 1,500 voters sampled supported the so-called “Value Them Both” amendment, and 43% opposed. The remaining 10% were undecided.

“If the amendment passes, because there is no joint law in Kansas, there will be massive litigation all over the place, over all kinds of different issues that will not be solved by this amendment alone,” said Teresa Woody, director of litigation for Kansas Appleseed.

Melissa Stiehler, with the KS Vote Neighbor Loud Light’s campaign and advocacy director, stressed during the panel that engaging young voters is key to the August 2 election. She encouraged people to get out there, educate and engage with as many people as possible on the issue.

Ami Hyten, executive director of the Topeka Independent Living Center, said one approach she uses to frame the amendment for those who might be undecided on the issue or whether to go to the polls is appealing to the status quo.