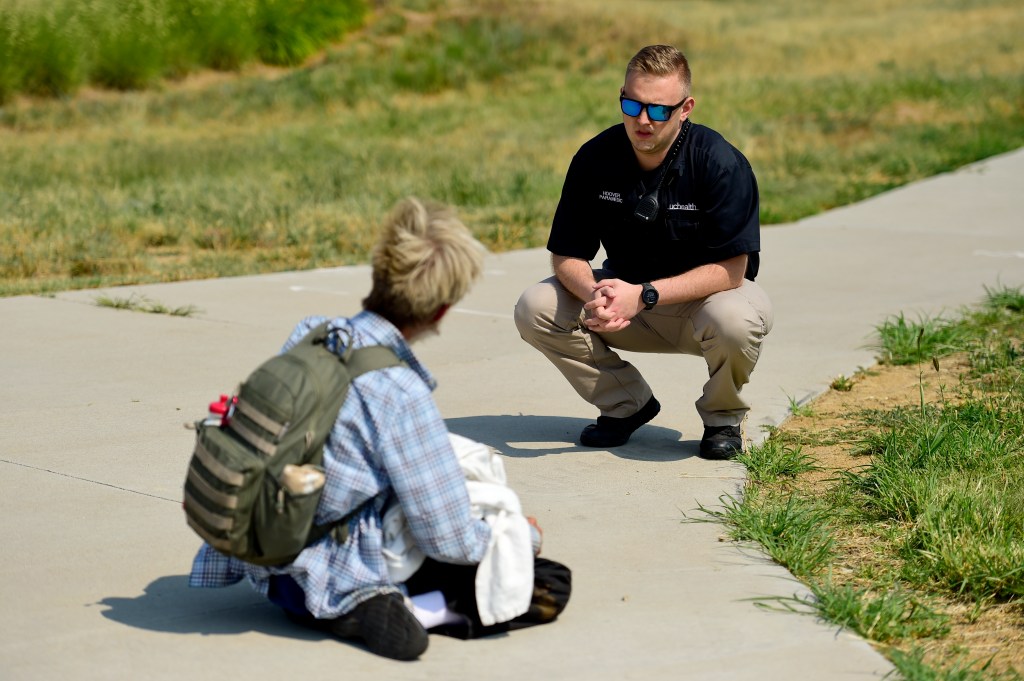 In recent years, co-response teams across Boulder County have grown as programs have secured more funding and communities have noticed the growing benefits of having mental health providers working with them. the police.

As the work of clinicians paired with police officers and sometimes paramedics, who respond to behavioral health-related calls, continues, Longmont has decided to dig a little deeper and study exactly how and how many co-workers -answer benefit the city.

“We’re an innovative and progressive agency, so it’s nice to be able to make it happen,” said Sgt. Andy Feaster with Longmont’s Crisis Response and Engagement. “It’s a new kind of new idea. This will help us find areas of ineffectiveness and where we have gaps. “

About two years ago, Feaster reached out to Amber McDonald to find out if she would be interested in working as a clinical supervisor for the CORE team at Longmont. McDonald previously worked as a social worker in the city and her husband is a Longmont police officer, she said. She also works for the Anschutz Medical Campus at the University of Colorado.

After accepting the position, she decided to conduct research to see if and how the CORE team is benefiting Longmont and what more can be done to help the residents.

“My research is pilot research to be able to evaluate the Longmont (CORE) team,” McDonald said. “It’s really hard to fund the evaluation, but we don’t know if (the co-response) is working. The importance of evaluation is to make sure that our innovative programs are working.

McDonald received a $ 20,000 grant to study the CORE team at Longmont, she said. She and a research assistant began studying the team in May and will complete their work in April when funding runs out.

As part of the program, McDonald’s interviewed people who have been helped in one way or another by the CORE team. She has interviewed around eight people so far, she said.

Michelle Larkin, a resident of Longmont, was one of the participants interviewed by McDonald’s for the study.

“The CORE team helped me when I was in trouble, and they were liaising with Longmont Police,” Larkin said. “I felt comforted by what they were doing in conjunction with the police.”

Larkin said Omar-Fara Norgaisse, a paramedic with the CORE team, had helped her on several occasions.

“(Norgaisse) had just this effect on me that I could trust him, and I ended up having to go to a program where he accompanied one of the officers to the program and escorted me there and made a lot of phone calls once I was there to check on me and see if I needed anything, ”she said.

Larkin said she thinks having a co-response team at Longmont is wonderful because of how comfortable they feel and take care of this person.

“I was amazed at the follow-up and how they really care about my best interest, and I really wouldn’t be where I am today without Omar,” she said. “He really persisted. It is totally worth it.

Wendy Schwartz, head of social services policy at Boulder, said the city hopes to know in a month or two whether it will receive a grant to pay McDonald’s or someone else to study its co-response team known as the name of the Crisis Response Team.

“I think we are in a local and national phase where many communities are implementing this type of intervention,” she said. “This is a very important area to research because we all want to know what is working well and what might need adjustments or improvements. It is in our local interest and in the interest of everyone nationally to have more research.

“One of the things that doesn’t shock me is that the co-response isn’t enough to meet chronic mental health needs, but it’s a good start,” she said. “Our prisons are now primarily our public mental health hospitals. We need intensive outpatient care.

Once McDonald’s completes her study in Longmont, she hopes to start research for other agencies to assess the benefits of the programs and what is needed to meet the mental health needs of the area, she said. declared.

“My hope is to find one or two donors who would sponsor the research,” she said. “(We need) people to stand up and contribute research at a broader level to see how these programs are having the impact we want.”