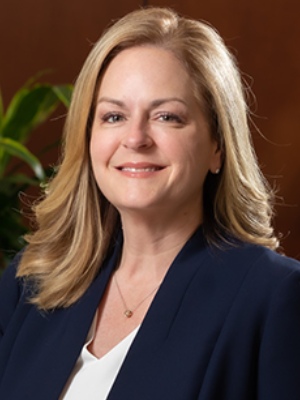 JACKSON, Miss. (WJTV) – Dodie McElmurray, executive director of UMMC Grenada and Holmes County, is one of four national healthcare leaders elected to serve on the American College of Healthcare Executives’ Board of Governors.

McElmurray will serve a three-year term as governor of the ACHE, an international professional society of more than 48,000 healthcare executives who lead hospitals, healthcare systems and other healthcare organizations. ACHE’s mission is to advance its members and excellence in health care leadership.

“I am honored to serve the organization in this role,” McElmurray said. “This is such a critical time for us to develop future leaders in healthcare. »

McElmurray served as ACHE Regent for Mississippi from 2014-2017, on various ACHE committees, and as President-Elect and Chair of the Mississippi Healthcare Executives, a chapter of ACHE, from 2013-2014.

“Dodie’s credentials and accomplishments as a leader in healthcare are truly impressive. It brings a lot to the table in terms of quality, diversity and lifelong learning,” said Deborah J. Bowen, President and CEO of ACHE.

As Governor, McElmurray will help set the strategic direction of the ACHE, including initiatives for diversity, inclusion and equity.

“Anyone who has worked with Dodie knows that she is very collaborative and very connected in healthcare,” said Britt Crewse, CEO of Adult Hospitals at the University of Mississippi Medical Center. “She has networked in Mississippi State and knows the healthcare environment.

“We couldn’t have had a better representative from Mississippi State, not just because of her connectivity,” Crewse said. “Having a national role with ACHE gives him the opportunity to network across the country, learn things from others and bring them back here. It can help shape opinions on topics such as the shortage of nurses and higher health care costs.