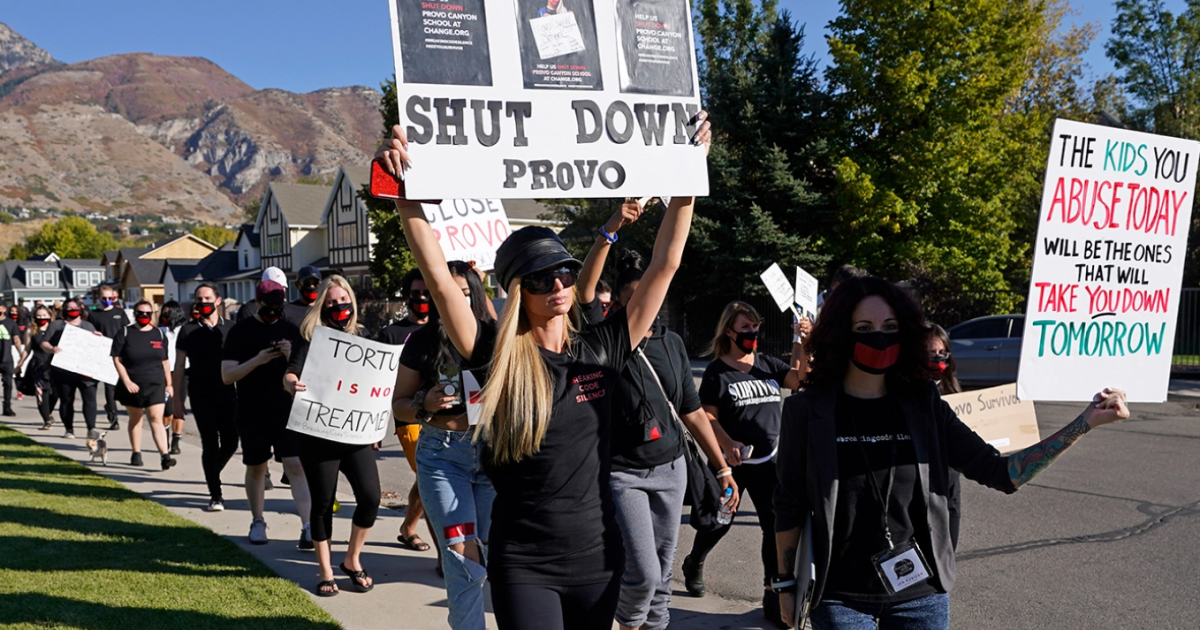 The high demand for treatment for children with behavioral and substance abuse problems has led Montana health officials to spend Medicaid funds to send children, including those who are foster children and wards of the State, in residential programs in other states with less strict supervision.

Some of those children were sent to out-of-state programs that have been accused of abuse and mistreatment, according to documents from state agencies and media.

Sending these children out of state for treatment for behavioral and substance use disorders comes at a high price, and often the children’s problems go unresolved or are even worse, said Michael Chavers, CEO of Yellowstone Boys. and Girls Ranch. “When they come back to us, they come back with worse outcomes and at a higher cost,” Chavers told Montana lawmakers last fall.

In 2019, Montana strengthened its oversight of private alternative treatment programs for youth, removing an industry-controlled oversight board and subjecting the programs to regulations and inspections from the Montana Department of Public Health and Human Services, reports Kaiser Health News. By the end of 2020, 11 of 19 programs operating in Montana had closed.

About 90 Montana children were attending Montana Medicaid-approved facilities in 10 other states this month, according to state officials. Facilities were in Arkansas, Florida, Georgia, Iowa, Kansas, Mississippi, Oklahoma, Tennessee, Utah, and Wyoming.

By comparison, Medicaid paid for 171 Montana children to be treated in state psychiatric residential facilities and 407 children to live in state therapeutic group homes in the state’s previous fiscal year. which ended on June 30, according to health department officials.

Almost all out-of-state programs that have been approved by the Montana Medicaid program and currently house Montana children have faced allegations of abuse or have a history of non-compliance with state regulations, according to state documents, inspection reports and investigations by media organizations.

Jon Ebelt, a spokesman for the Montana Department of Health, confirmed that there have been reports of abuse or neglect of Montana youth in out-of-state facilities over the past two years, although he did not specify which establishments or how many reports. In some cases, Montana has moved youth from out-of-state programs due to facility concerns, he added, without providing details.

The state where an allegation of child abuse or neglect in Montana occurs is responsible for the investigation, Ebelt said.

Why out of state?

The majority of children attending out-of-state Medicaid-funded treatment facilities are referred by their parents or guardians, although some are referred by the Child and Family Services Division of the State Health Department. state or through the state juvenile justice system as wards of the state, Ebelt said.

“We always prefer to serve young people with severe emotional problems in or near their home community,” Ebelt said. “However, sometimes, due to a variety of factors, including the acuity of symptoms, the need for specialized care, or the availability of in-state beds, young people are referred to out-of-state providers.”

Among the Montana Medicaid-eligible programs currently housing Montana children is the Provo Canyon School in Utah, where Paris Hilton and hundreds of other students have alleged abuse, lawsuits allege. former students who shared accusations of program abuse, news agency investigations and state documents. These allegations have led Utah to increase oversight of residential youth programs.

When contacted for comment, Provo Canyon School sent a statement, last updated August 2021, which states that Provo does not “conclude or promote any form of abuse” and that the program “is committed to providing high quality care to young people with special needs, and often complex, emotional, behavioral and psychiatric needs.

Montana also sends children to another Utah facility, Falcon Ridge Ranch, whose employee was arrested and charged with multiple counts of sexual assault and distributing harmful materials to minors in March 2021. according to the St. George Spectrum & Daily News. The employee pleaded guilty to three counts of sexual assault in a plea agreement with prosecutors in January, said Cade Stubbs, the court clerk for Utah’s 5th District Court. Falcon Ridge Ranch was then owned by Sequel Youth and Family Services and is now owned by Rite of Passage.

Minnesota, Oregon and Maryland stopped sending children to Sequel programs after the May 2020 death of a 16-year-old student at a Michigan facility. Cornelius Frederick died after staff members held him at the now-closed Lakeside Academy in Sequel, according to an investigative report from Michigan child welfare officials. California and Washington also severed ties with Sequel after an article published by APM Reports in September 2020 detailed abuse and non-compliance with state regulations at Sequel facilities across the country.

An investigation by The Imprint and the San Francisco Chronicle found that of the hundreds of violations or alleged shortcomings at Sequel facilities investigated by child welfare officials in California and other states, more of 75% resulted in confirmation by state authorities that violations had occurred.

Sequel officials did not respond to multiple requests for comment.

A January report from the federal Government Accountability Office found that monitoring out-of-state youth treatment facilities is difficult due to the state’s “difficulties in collecting and reporting facility-level information “. He also found that different definitions of abuse, fear of retaliation, and residents’ inability to communicate with others outside of the program posed challenges in reporting abuse and collecting data.

The report found that federal agencies have been inconsistent in addressing state and federal program noncompliance and recommended better state oversight and tougher enforcement to hold facilities accountable.

Oregon State Senator Sara Gelser Blouin, a Democrat from Corvallis, encountered these regulatory issues firsthand when investigating reports that Oregon children had been abused at the Sequel’s. Northern Illinois Academy in 2019.

A month earlier, in November 2019, the Joint Commission had reaccredited all Sequel facilities, including the Northern Illinois Academy, in a system-wide accreditation pilot.

The Northern Illinois Academy closed last year after a state-funded report by a disability rights organization documented allegations of abuse and neglect, leading the state to withdraw all children of which he was responsible.

Oregon and California lead with bans

Oregon and California are the only states to have passed legislation to prevent young people from being placed in facilities that are not supervised by a young person’s home state.

California banned the practice of sending foster children accused of crimes to out-of-state programs in July 2021. That same month, Oregon, driven in large part by the work of Gelser Blouin, became the first and the only state to require everything out of state. state facility housing Oregon children to comply with Oregon regulations and be licensed by the Oregon Department of Social Services.

Gelser Blouin is now working with other youth rights advocates, including Paris Hilton, to champion a federal bill called Accountability for Congregate Care Act. It would establish standard regulations and common definitions of abuse and treatment across all states and identify the rights of children in institutional settings.

The bill would also create a federal database to track youth placements, critical incident reports and complaints, among other information. Currently, complaints against the programs are channeled through various state agencies and accrediting bodies.

The bill would also define different types of programs, which Caroline Lorson, a lawyer working on federal legislation, says is at the heart of the need for change.

The Importance of Tailored Care Management Programs for High-Risk Patients

Recovering addicts work to help others through the “Recovery Project”