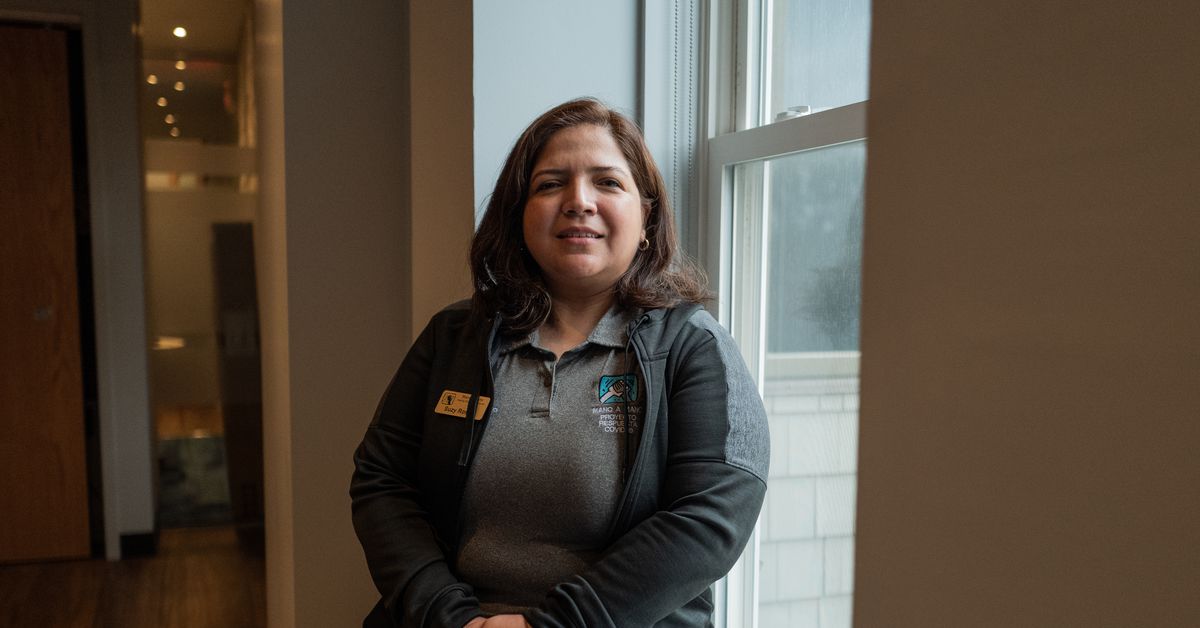 Suzy Rosas felt frustrated as her family tried this summer to find a way to pay for an expensive operation to remove an aneurysm from her mother’s brain.

Her 61-year-old mother has no insurance and is an undocumented immigrant. But Rosas, a volunteer with Mano a Mano Family Resource Center, had attended a workshop where a financial aid program through Illinois hospitals was discussed as an option for immigrants. Her mother requested it and on Wednesday she had a two-hour operation, she said.

“A lot of families are going through the same things – that’s why I’m here to share my story,” said Rosas, who showed a photo of her mother raising her thumb from the hospital room. “And if I didn’t know about the assistance, it wouldn’t have been possible for my mother to have the operation.”

On Thursday, a coalition of advocates launched a new initiative called the ‘Immigrant Health Academy,’ a two-year pilot project that will develop suburban immigrant leaders who will disseminate information on how these communities can access care options. health despite their immigration status in the country. Rosas shared her family story Thursday at a press conference at the Healthy Communities Foundation in the suburb of Riverside.

As part of the launch, advocates also released a report detailing how access to language, cultural barriers and mistrust of government play a role in why immigrants do not have access to health care options when needed. During the coronavirus pandemic, some immigrants were unwilling to disclose any information when looking for a vaccine, and others withheld information that could have been useful for contact tracing, according to the report.

Edith Avila Olea, policy officer for the Illinois Coalition for Immigrant and Refugee Rights, co-authored the report and noted that even at the onset of the coronavirus pandemic, immigrants feared being tested or to go to the hospital for treatment because of what information might be gathered.

More than 3,800 Latinos across the state have died from complications from COVID-19, according to data from the Illinois Department of Public Health.

She said some of those fears stemmed from the so-called public charge rule that would have denied permanent residence to immigrants if they sought certain public benefits. Earlier this year, President Joe Biden’s administration announced it would not defend the rule in court, which halted implementation of the controversial changes.

“A big part of what we do is clear up these misunderstandings and help them understand that there are laws that will protect them, whether it’s the Health Insurance Portability and Accountability Act (HIPAA) or just the general confidentiality that exists when you visit a clinic. or in a hospital setting, ”said Avila Olea.

The pilot academy will focus on suburban communities, although it may later include neighborhoods in Chicago as well, she said.

“Once you get out of town, depending on the zip code or the city or county you live in, the services available change dramatically,” she said. “And we also know that there are more organizations in the city compared to the suburbs.”

Luvia Quiñones, senior director of health policy for the Illinois Coalition for Immigrant and Refugee Rights, said she had seen with her own eyes how difficult it can be to access health care when her mother was diagnosed with cancer four years ago.

“It was in spite of us as English speaking girls, knowing their rights and knowing about health policy,” she said. “Despite working on health access issues for many years, this first-hand experience made me more aware of the challenges that many people face, especially in our immigrant community. All I can think of is what people who are uninsured and undocumented do.

Elvia Malagón’s reporting on social justice and income inequality is made possible by a grant from the Chicago Community Trust.