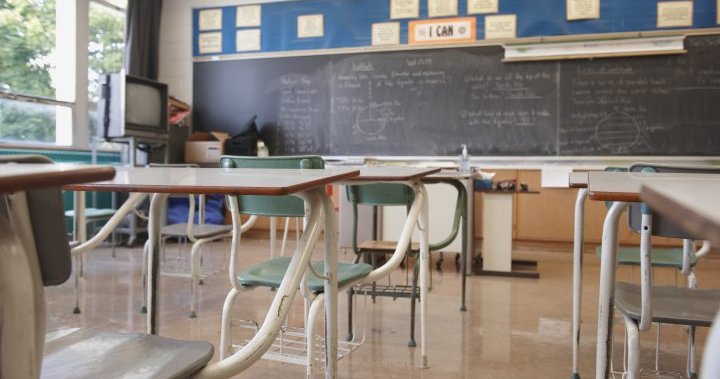 New Brunswick’s Deputy Minister of Education and Early Childhood Development told the public accounts committee on Tuesday that there is no budget for COVID-19 initiatives for this school year.

On Tuesday, Liberal MP and education critic Benoit Bourque asked Deputy Minister George Daley if he was prepared for the waves of COVID-19, the World Health Organization and the best doctor in the country. warned against the coincidence with the return to school.

“I would like to know if you have plans in place… what is the current situation you expect and what are your plans in case another wave arrives?”

The story continues under the ad

Daley responded to Bourque by saying, “On a budget approach, we would be back in a regular budget cycle.”

“We would not have sought additional funds for COVID initiatives,” he told the committee.

Daley said the department is working closely with public health on advice and guidance.

“As announced by the government, we are back without any restrictions as we have been since the beginning of March last year,” he said on Tuesday.

Bourque expressed concern that there was no budget for possible COVID-19 measures or mandates in the future given the conversation around the virus.

“I have to admit that I’m a bit surprised to see that the budget is a regular budget, there’s nothing about a new upsurge in the pandemic, and I have to say that surprises me,” Bourque said.

1:44
NB teachers concerned about lack of substitutes ahead of school year

NB teachers concerned about lack of substitutes ahead of school year

He asked the two deputy ministers to reassure that the ministry would be able to deal with a resurgence of COVID-19.

The story continues under the ad

“These concerns are not unfounded,” Bourque said.

However, fellow deputy minister Marcel Lavoie said the pandemic has taught them that they cannot predict the future.

“In this case, we have a back-to-school season, which is relatively normal,” Lavoie said. “Every time in the past that we have had to add additional measures, we have approached the Treasury Board for additional funds.”

On Wednesday, Education Minister Dominic Cardy told reporters that if public health made a recommendation to reinstate mandatory masks, he would make that change.

The department spent a total of $71.61 million last year on COVID-19 for K-12, early learning facilities, and child care centers.