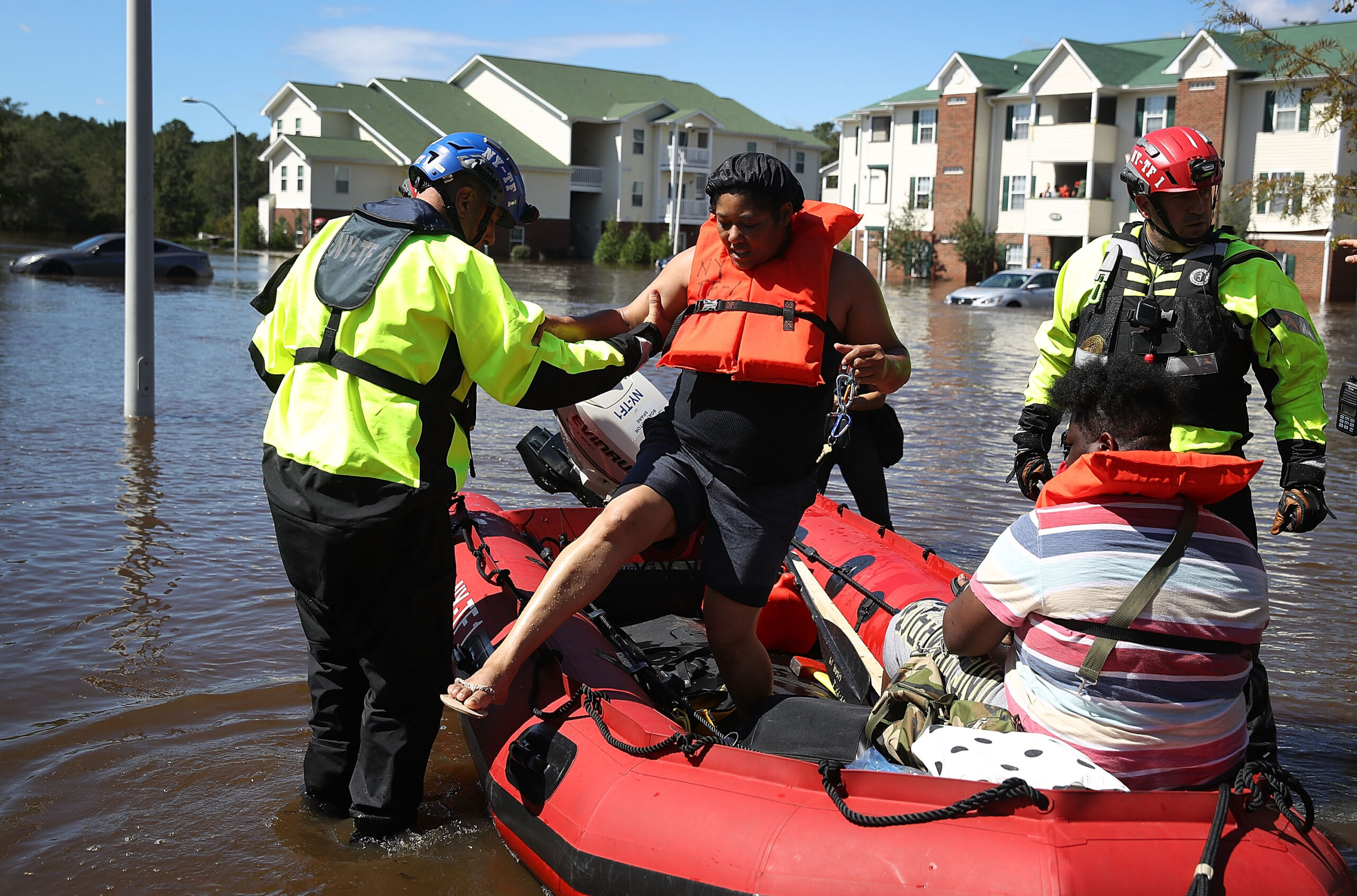 North Carolina ERs reported hundreds of visits for gastrointestinal illnesses such as diarrhea, vomiting and abdominal pain in the weeks during and after Hurricanes Florence in 2018 and Matthew in 2016. A new study published last month in the journal Science of the Total Environment found an 11% increase in emergency room visits during both storms, with the largest increase among elderly, black and Native American patients.

The study is one of the first to examine emergency department visits for gastrointestinal problems after hurricanes and to examine how visit rates vary between different demographic groups. It highlights the potential health effects of climate change as storms like Matthew and Florence become more frequent, as well as how these impacts are not shared equally.

“The issues we saw in terms of difference by race and ethnicity were concerning,” said Arbor Quist, lead study author and postdoctoral fellow at the University of Southern California. “We saw a greater increase among black and Native American patients, populations that have historically been pushed into less desirable, flood-prone lands.”

Heavy rains and flooding mobilize pathogens that can contaminate drinking water or sicken people exposed to floodwaters. The risk is highest for people with weakened immune systems or without access to health care.

Eastern North Carolina is one of the wettest regions in the state, and also among the poorest and most racially diverse. The inhabitants there have above average rates chronic diseases such as asthma, diabetes and cardiovascular disease.

The region is also home to the types of industrial facilities that researchers have identified as potential sources of contamination, including coal ash ponds and concentrated animal feed operations (CAFOs). North Carolina is the second-largest pork-producing state in the nation, and its pigs create more fecal waste each year than the state’s human population. During Hurricane Florence, the state estimates that at least 50 pig waste lagoons overflowed, contaminating the water with fecal bacteria like E. coli and salmonella.

“Black residents and Native American residents likely live near some of these sources of bacteria,” said Crystal Upperman, vice president of social performance and resilience at consultancy AECOM. “This is one more piece of evidence to show the negative impact people of color have in times of disaster.”

“It’s a fantastic study,” said Julia Gohlke, associate professor of environmental health at Virginia Tech. “Compared to other studies that only use case reports after floods, this is definitely a step in the right direction.”

A wider range of diseases and regions

But these findings are not unique to North Carolina, and disasters can create and exacerbate a host of mental and physical health issues.

For example, a recent investigation highlighted the growing risk of Vibrio infection, a group of pathogens that includes flesh-eating bacteria, as warming water and intensifying storm surges help the bacteria thrive and move inland. In North Carolina, the state health department reported 14 Vibrio infections in the four months following Hurricane Florence, triple the number during the same period the previous year.

“This really shows the power of using state-collected syndromic surveillance data to examine health outcomes associated with flooding,” Gohlke said. “When combined with environmental data such as flooding or rainfall, you can identify areas that are likely to be in need.”

However, even with the best data, linking acute medical problems to a particular disaster remains difficult. Quist said they could only offer “hypothetical pathways” for how flood-induced water contamination leads to gastrointestinal distress. The DETECT database does not specify the cause or severity of an ER visit.

“It’s hard to draw definitive conclusions,” Quist said. “Where were they exhibited? Have they been in contact with flood waters? Did they drink contaminated water? We just don’t know.

Previous studies have shown that few people with diarrheal disease seek medical care, and even fewer go to the emergency room. Quist thinks the Detect database is definitely missing post-hurricane disease reports, but she says that’s reason to believe their findings are, if anything, an understatement. real health risk. This is especially true in eastern North Carolina, where many residents are uninsured.

ICN provides award-winning climate coverage and advertising free of charge. We rely on donations from readers like you to continue.

You will be redirected to ICN’s donation partner.

Another limitation of the research is that people move around, said Rachel Nobles, professor of marine science at the University of North Carolina. The DETECT database includes only North Carolina emergency departments and maps cases by patient billing address. If someone rides out the storm away from home and gets sick, they will be counted in the zip code where they live, not where they were exposed. If an evacuee is treated outside North Carolina, they are not counted at all.

Once a hurricane hits, it is also difficult to assess whether illness has been contracted from contaminated drinking water, contact with dirty floodwaters, or even food spoilage from a power outage.

Despite the shortcomings of available public health data, however, Nobles said the study is a “great first effort,” and evidence to date suggests that flooding does indeed cause acute illness, giving those affected by the storms and floods yet another thing to fear. .

Health departments need to invest in education to ensure residents understand the risks of water contamination, especially in communities that rely on well water, Quist said. Private wells are poorly regulated and rarely tested for the kinds of pathogens that make people sick. That’s a problem in a state where nearly a third of residents rely on household wells, she said.

Upperman also pointed to the need to address how governments regulate facilities like CAFO hogs with waste lagoons that can fail during floods. She said the environmental justice movement, which began in North Carolina, has always been focused on the inequitable location and impact of hazardous facilities.

North Carolina residents, however, should think beyond the impact of hurricanes and view water contamination as an ongoing and growing challenge, especially as climate change strains systems. water treatment and waste management with intensifying storms, Nobles said.

“While this document is very valuable for us to start thinking about public health and hurricane preparedness, we also need to think about people’s exposure under what we call ‘normal’ conditions,” he said. she declared. “We have to think about the deterioration of our water quality in general.”

Leah Campbell is a Boston-based member of Inside Climate News. She is currently in MIT’s science writing graduate program, specializing in environmental and climate journalism. Previously, she worked as a research assistant at the University of North Carolina, studying flood survivor advocacy, risk mitigation planning, and hurricane recovery. She has also worked in the environmental nonprofit sector in California on citizen science projects and statewide policy regarding climate resilience and water quality. She is anything but a graduate in environmental planning and holds a BS in geology and geophysics from Yale University.