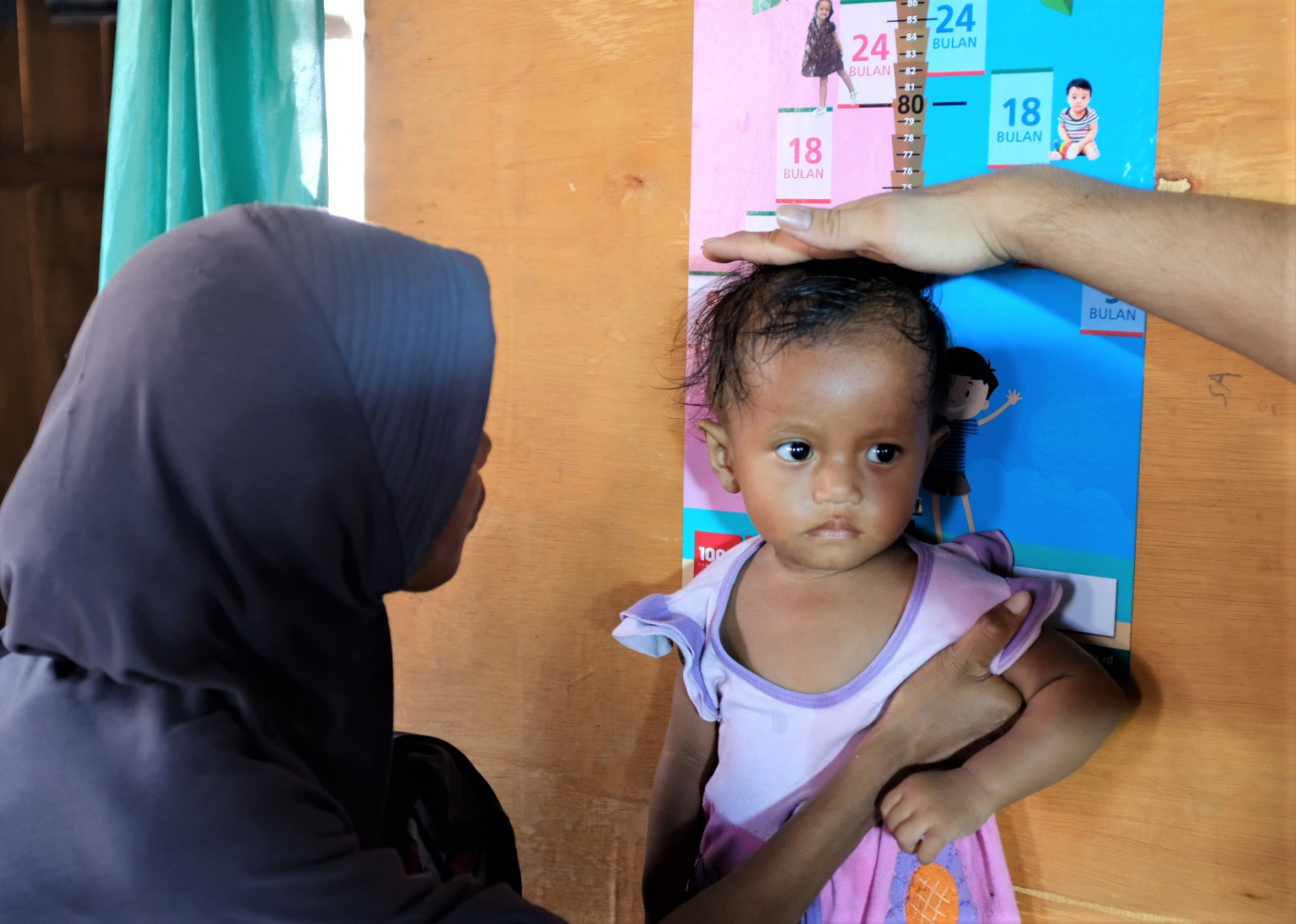 By the time you finish reading this letter, five Indonesian children will be born to lives devastated by stunting. The 1000 Days Fund is fighting this disaster every day in Indonesia’s most neglected regions, testing and developing simple tools that have been shown to reduce stunting and chronic malnutrition by more than 20%.

It is our sincere honor to offer President Joko “Jokowi” Widodo an open invitation to visit the first Impact Stunting Center of Excellence (ISCE), located in Labuan Bajo, East Nusa Tenggara (NTT). In just nine months, ISCE trained more than 500 community health workers and had an impact on the lives of more than 10,000 mothers and children under 2 years old.

Inspired by a Study funded by Gates in Zambia, which showed that having growth charts on the walls of homes with children under 5 resulted in a 22% drop in the number of already frail children, we looked for a cost-effective and scalable solution to staggering stunting problem in Indonesia.

Armed with a small grant from the World Bank, we designed a pilot project to test smart maps on three islands inside Komodo National Park. Our initial pilot project had a sample size of 159 households and we learned that 65% of mothers make better livelihood decisions for their children under 2 years old from the charts. Most importantly, we have seen an increase in exclusive breastfeeding and more confident informal community health workers.

We believe that the program, built alongside local government officials and now expanded to more than 100 NTT sub-districts, would give the president the advantage of seeing real service delivery and impact, benefiting some of the most popular citizens. most vulnerable in the country.

Stunting, or short stature for age, is caused by insufficient nutrient intake, poor hygiene, and frequent infections, and is associated with terrible drawbacks, including a loss of up to 10 IQ points. Stunted children also have weakened immune systems, which means they are more susceptible to illnesses like diarrhea and miss school more often than their non-stunted peers.

So what can be done to reverse stunting? In short, almost nothing. Most of the damage suffered in the first 1,000 days of life is irreversible.

It is Indonesia’s silent epidemic.

In fact, stunting is the most heartbreaking but preventable crisis the country faces today. And Indonesia is home to some of the highest stunting rates in the world. In parts of eastern Indonesia – islands like Komodo, Rinca and Timor – the stunting rate is 43 percent. Meanwhile, the pandemic has derailed basic community health services and, as such, all the momentum taken to alleviate stunting over the past five years is eluding us now. In fact, only 40% of community health posts in Indonesia are operating due to COVID-19.

Now, what if we told you that a simple growth chart – which costs only Rp 3,600 (about 25 US cents) – could change the outcome for millions of children in Indonesia? What if I told you that the map, which is called in the village “displays pintar», Accompanying the training of community health workers could reduce the stunting rate to 14% by 2024.

The growth charts we distribute are evidence-based, profitable and scalable. But they are worth nothing without trained and empowered kader (frontline village health volunteers). That’s why we built the first Impact Stunting Center of Excellence in Indonesia, to work within the training system. kader, cultivate political will and harness data to inform continuous innovation and adaptation.

Kader the programs are not just a cost, they are an investment. The evidence base for community health worker programs is overwhelming and provides examples of the significant value they bring, especially the impact they can have on cases of stunted growth prevented, which will in turn help to increase gross domestic product.

In fact, a landmark study supported by the Healthcare Funding Alliance and its partners has shown that for every US dollar spent on high-quality community health worker programs, there is a return of $ 10. Due to the pandemic, essential health services (vaccines, antenatal counseling and distribution of deworming drugs) have been cut off. It has the potential to be more deadly than the virus itself. Community health workers play a critical role not only in the response to COVID-19, but also in maintaining primary health care services.

The most effective and efficient way to reverse the trend in stunting is to invest in systems, not just services, health workers and kader deliver. World Health Organization guidelines for optimizing community health programs emphasize investing in 5-S regardless of contextual factors: skills, supervision, selection, salary and supplies.

Neither the WHO nor the Gates Foundation recommend what we see most often in CSR and NGO related programs, namely donating food for the purpose of stunting. Thinking that you can fix stunting with food is like thinking that you can put out a bonfire by covering it with wet bandages.

Thanks to generous donors like Roche, Cap Lang and the Tolaram Foundation, the 1000 Days Fund has now opened the doors to four other centers of excellence in stunting in Rote Ndao, Kupang, Timor Tengah Selatan and Cipanas. While each of the programs is unique, they all share certain strategies and approaches that have helped them achieve and maintain high impact. Our research has identified their common paths to success. In this context, we installed 80,000 posters pintar on 28 islands and trained more than 4,000 kader, saving more than 17,600 children from stunting.

We hope you can come to Labuan Bajo and see for yourself the difference, confident, autonomous and equipped kader can do. I have seen how a pintar poster hanging on the wall of a house can create waves of behavior change. I saw how cost-effective and scalable interventions – the poster pintar ‘ costs only Rp 3,600 which, combined with training and follow-up, can make a real difference.

In the end, preventing stunting comes down to three things: responsibility, rights and scale. We have a responsibility to protect the next generation of Indonesian children, especially those who live in remote and rural areas. Then we need to push for people to see access to antenatal care as a basic human right. No matter where you were born in Indonesia, you deserve to have access to trained and confident health workers and kader. And finally, we must fight hard to scale up cost-effective interventions like home growth charts, which work and change outcomes for the most vulnerable communities.

The author is the lead strategist, the 1000 Days Fund.