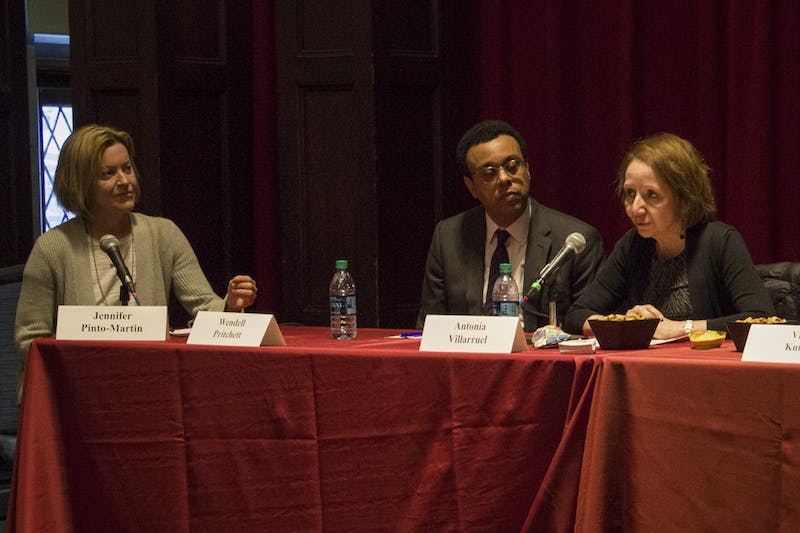 The Daily Pennsylvanian is a non-profit, student-run organization.

Please support us by disabling your ad blocker on our site.

Penn Nursing Dean of Nursing Antonia Villarruel will receive the 2021 American Academy of Nursing’s Leader in Healthcare Award for her impact on health policy-making.

The American Academy of Nursing will present the award to Villarruel at the 2021 Health Policy Conference – titled “Healthy Lives for All: Advancing Fairness, Science and Confidence” – October 7-9. Members of the Academy praised Villarruel for recognizing the vital role nurses play in improving the country’s daily health.

The Health Care Leader Award was established in 2008 to recognize influential leaders committed to improving the country’s public health.

In September 2020, Villarruel was reappointed as Dean of the School of Nursing. First appointed in 2014, her second term will end in June 2026. She is the sixth Dean of the Nursing School, the second Penn alumnus to hold the position and the first to receive previous and current funding from the National Institutes of Health.

Under Villarruel, Penn Nursing has been ranked the # 1 nursing school in the world every year since 2016 by QS World University and has received roughly double the funding from NIH. Penn Nursing has also launched a formal academic practice partnership with Penn Medicine and has created global outreach initiatives in Latin America, Africa, and Southeast Asia.

Villarruel, who comes from a bilingual and bicultural background, focuses on working with Latinx populations, promoting health and education, and addressing health inequalities, according to his faculty’s biography. on the Penn Nursing website.

“Her career has demonstrated her deep dedication to improving community well-being by launching programs and research centers, as well as as a leader and advisor to the federal government and countless organizations. I am delighted to present him with the Academy’s Leader in Health Care Award, ”Academy President Eileen Sullivan-Marx told Penn Nursing News.

Villaruel is Director of the World Health Organization Collaborating Center for Nursing and Midwifery Leadership at Penn and Chair of the National Academy of Medicine’s Culture of Health Program Advisory Committee.

She is also the founder of Cuídate !, a program run by the Centers for Disease Control and Prevention aimed at reducing irresponsible sexual behavior among Latinx adolescents. Villaruel co-leads the NIH-funded Philadelphia Community Engagement Alliance to address COVID-19-related inequalities in diverse populations.