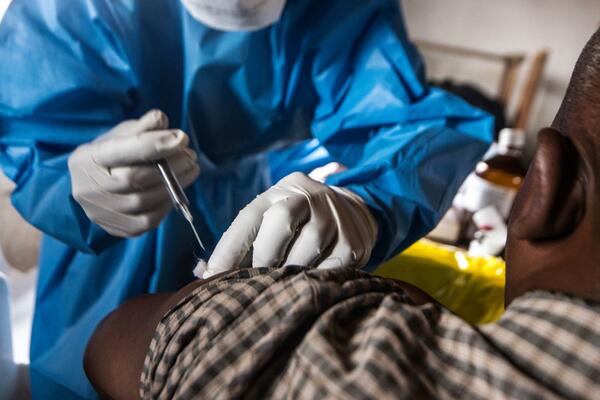 The Leader of the Opposition said healthcare workers have raised concerns that some of them have to work until 12 p.m. and that the government should recognize their commitment and hard work during this hard time.

Reports that the wellbeing of healthcare workers is not being well looked after have angered the opposition, calling on the government to urgently address their concerns.

The Leader of the Opposition, the Hon Matthew Wale, said health workers reported to his office that they had not been well cared for.

“We have received concerns from health workers that they have been housed in dormitories at KG school without proper sanitation facilities or decent meals,” Hon Wale said.

The Leader of the Opposition said healthcare workers have raised concerns that some of them have to work until 12 p.m. and that the government should recognize their commitment and hard work during this hard time.

“The government must not treat our health frontliners like this. These people have dedicated their lives to being away from their families and serving this country and they deserved to be well cared for with quality care,” he said.

The Leader of the Opposition said frontliners have also raised issues of fatigue and physiological strain related to working long hours and not being able to be decently housed.

Hon Wale said most of these frontline workers are dedicated health workers who have served the government and the people from inception until today and the government should not take advantage of their situation.

Meanwhile, the Leader of the Opposition also questioned whether meaningful improvements at NRH, as stated by the minister, accurately reflect the situation at NRH.

He said it would be appropriate for the Ministry of Health to specifically outline improvements to the NRH in terms of infrastructure, clinical care and overall management.

“Not only that, but the recommendations of the AUSMAT team should also be published for accountability purposes,” he said.

Disclaimer: Solomon Times Online may edit or delete your comment and cannot guarantee that all submissions will be published or remain online. The comments expressed on these pages are those of the authors and do not necessarily reflect the official policy or position of Solomon Times Online.