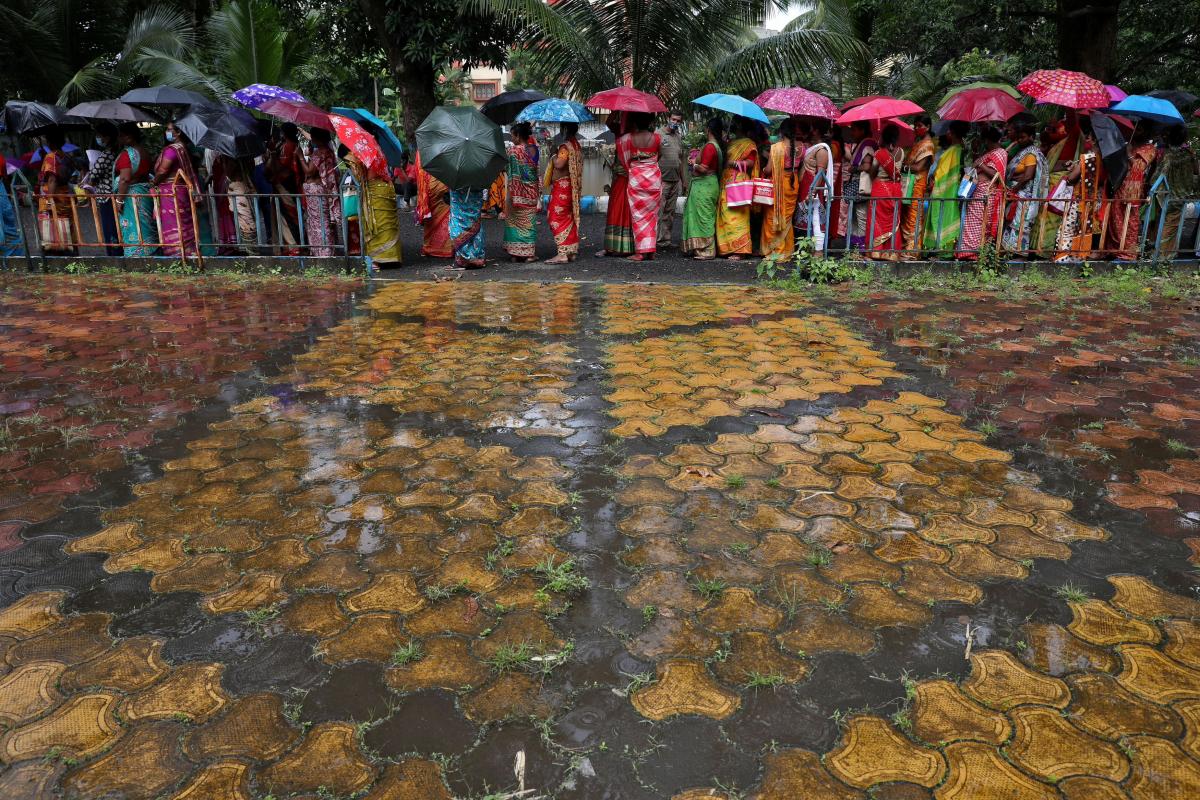 The stubborn persistence of vaccine inequity

In the forests of Jambi province, on the Indonesian island of Sumatra, more than half of the indigenous Orang Rimba community does not have a government-issued identity card. Until mid-August, that meant its members could not receive COVID-19 vaccines, as the government required anyone seeking a dose to have a state-issued identification number. Even now that the rule has been changed, many Orang Rimba have not had the chance to get the vaccine because like most indigenous people in Indonesia, they live in a remote area, a few hours from the vaccination site. the closest.

Such barriers have hampered access to vaccines for indigenous communities across Indonesia. According to Rukka Sombolinggi, secretary general of the Alliance of Indigenous Peoples of the Archipelago, only 20,000 of Indonesia’s 20 million indigenous people, or 0.1%, had received their first dose of a COVID vaccine. August 19 to 4.

On the other hand, more than a third of the general population of Indonesia has received at least one dose, and the government is distributing nearly 1.5 million doses per day. This tremendous progress has been reflected in many other developing countries that initially struggled to source vaccines from richer countries. Yet progress has masked a disturbing global trend: Marginalized groups, including indigenous peoples, people of African descent and people with disabilities, were the last to get vaccinated around the world.

Simply increasing the global supply of doses cannot guarantee equal access to vaccines, either between countries or within countries. Governments and international organizations therefore need to work with donors, civil society groups and local leaders to ensure that vaccines reach marginalized communities. Otherwise, millions of vulnerable people will not be vaccinated and the whole world will remain in danger.

Calls to fight against vaccine inequity have abounded since the first COVID-19 vaccines hit the market late last year, and the world still has a long way to go to ensure equitable production, pricing and distribution of vaccines to the global scale. The gaps between rich and poor countries have been slow to close. Yet, thanks in part to the tireless advocacy from philanthropists and civil society leaders, vaccines are beginning to reach developing countries in significant quantities. There is hope now where there was none before.

But getting doses to low- and middle-income countries is only half the battle. After months of waiting behind rich countries to secure vaccine supplies, many developing countries are now struggling to address internal vaccine inequalities, especially between affluent urban populations and rural populations, often marginalized. The disparities stem from a series of cascading inequalities that have only intensified during the pandemic. Misinformation has spread like wildfire on social media, discouraging many marginalized populations from seeking vaccines. Unemployment and economic hardship have widened the gap between rich and poor. And already struggling civil society organizations, so often the main bridge between government departments and marginalized communities, are thinner than ever.

Take the example of Colombia, where armed groups and criminal networks flourished during the pandemic, threatening local leaders and organizations critical to raising public health awareness. Especially in areas where the state has a minimal presence, such as those home to indigenous and Afro-descendant communities, armed groups have severely disrupted vaccine distribution by obstructing access by public health officials and restricting access. flow of necessary supplies. To make matters worse, the crisis in neighboring Venezuela has pushed the number of Venezuelan migrants in Colombia to nearly 1.8 million, putting additional pressure on the already fragile health system and complicating vaccine distribution plans.

As of October, around 40 percent of the Colombian population were fully immunized and more than half of people in major cities (63 percent in the capital Bogotá) had received at least one dose. But in parts of the country that are home to mostly Afro-descendant and indigenous communities, those percentages are nearly halved. In the strongly Afro-Colombian northwest territory of Chocó, for example, only about 26 percent of the population is fully vaccinated.

To address these inequalities and accelerate the pace of global recovery, the world needs an equitable distribution plan, which coordinates the efforts of governments, international organizations, donors and local communities to deploy resources and infrastructure. urgently needed. South Africa is a country which has made significant progress in equitable distribution and which could serve as a model. -income countries. South Africa’s public health officials and civil society organizations have found a variety of creative solutions to reach the country’s most remote populations, including setting up health centers and vaccine pop-up sites in rural areas to meet people where they are. The government even sent a “vaccine train” filled with hundreds of thousands of doses to villages across the country.

Of course, not all countries can or should deploy a vaccine train, especially those without adequate rail lines, but the international community should help all countries overcome disparities in vaccine access. The most effective solutions are usually those that are suited to local conditions. That said, three fundamental principles apply to any successful vaccine delivery model and the infrastructure that supports it.

First, efforts must be locally driven and community oriented. Time and time again, top-down solutions have failed to significantly alter human behavior or bring about lasting change. Donors and international civil society organizations should therefore benefit from partnerships with groups that already have have deep roots in marginalized communities and empower local leaders to create solutions based on their lived experience.

For example, the Kenyan association Shining Hope for Communities, which has long worked in informal settlements (including with grants from the Ford Foundation, of which I am president), has helped curb widespread disinformation about COVID-19 by disseminating public information. health information through trusted local leaders. Building on their established relationships with local communities, these leaders disrupt social media plots and educate their neighbors about the importance of vaccines.

The only way to prevent another pandemic is to strengthen public health infrastructure in developing countries.

Second, improving vaccine equity requires breaking down barriers between people and vaccines. Here, civil society organizations and other watchdog groups have a vital role to play in monitoring local, national and international officials and exposing disparities and discrimination. By fully funding these groups, international donors can help them reduce barriers, such as registration requirements, to immunizing marginalized communities. The Alliance of Indigenous Peoples of the Archipelago and the Indonesian Association of Women with Disabilities, both partners of the Ford Foundation, are doing just that. At the end of July, they worked with over 200 Indonesian civil society groups to advocate for the rights of indigenous Indonesians and Indonesians with disabilities. It was in response to its campaign of public pressure that the government began to come up with alternatives to the ID card requirement, which previously barred so many marginalized communities from getting vaccinated.

Finally, and perhaps most importantly, international institutions such as the United Nations and the G-20 must support local efforts. These institutions have the power to identify new solutions, expand proven ones, and support governments of low- and middle-income countries in creating equitable deployment plans. International institutions must use all the tools at their disposal to accelerate this process, freeing governments of the developing world from the need to fight for doses so that they can focus their resources and energy on distribution. By applying local knowledge and solutions globally, international organizations can act as partners with civil society groups and nonprofits, ushering in a more cohesive era of vaccine diplomacy and collective action. .

Taken together, these measures will transform the way the world distributes vital public goods, replacing the dominant top-down model with local ones. Ultimately, the only way to prevent another global pandemic of the magnitude of COVID-19 is to strengthen public health infrastructure in the developing world, especially in communities that have long been neglected, exploited. and oppressed. Inequalities must be tackled head-on, not only because morality demands it, but also because public health and safety demand it.

CHIME21: Healthcare gears up for faster implementations in a digital world