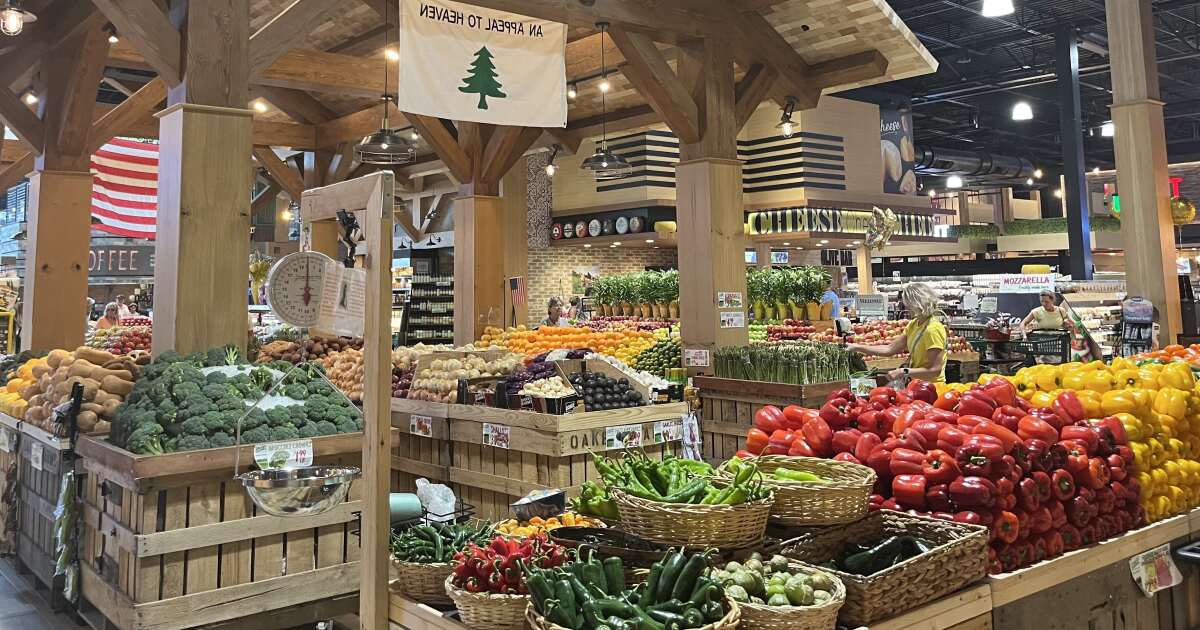 A grocery store in a community of approximately 25,000 people. This city has a poverty rate of 32%. The majority of the population is black or Latino. The median household income is about $33,000 a year, just $7,000 above Florida’s federal poverty line.

About 50 miles away, in the same county, a wealthy town bursts with life and luxury. The city of Naples has an average household income of $118,141 with a poverty rate of 8%.

Social determinants of health are a key reason people born in one part of Collier County are expected to live 15 years longer than those in other parts of the county, according to US life expectancy estimates. Census Tract and the National Center for Health Statistics. .

These social determinants affect a wide range of outcomes and risks to health, functioning and quality of life. In a community like Immokalee, all of these factors contribute to health inequities, especially in food security.

Food security depends on the availability, stability and accessibility of food supplies, many of which are scarce or non-existent in a low-income rural area like Immokalee.

“People who are food insecure and do not have the funds to get the right nutrition i.e. fresh produce and fruits because they are very expensive, unfortunately tend to a lot depend on processed foods,” Carolina Pavon, a family nurse practitioner at Best Care Community and Family Health Center, said.

Immokalee resident Tracy McGhee understands this all too well.

She has lived in Immokalee for over 30 years and does all her shopping at Winn-Dixie on Lake Trafford Road. This Winn-Dixie is the only major grocery store in Immokalee.

McGhee said that when she had the opportunity to eat out with her family, the top choices were certain fast food outlets. These are located a few kilometers from the grocery store. They include Wendy’s, Papa John’s and Popeye’s.

McGhee and Pavon said a wide variety of healthy foods aren’t as accessible to the Immokalee community as other places. And the healthy items that are available are not affordable for some families.

Accessibility and affordability must also go hand in hand with stability, which means that a person has the money and time to buy healthy food. This proves difficult for many residents like McGhee, who often work physically demanding jobs just to come home and worry about feeding their time-strapped families with limited resources.

“Prices are skyrocketing,” McGhee said. “It’s easier to go to the drive thru to get your child something to eat after school or when a family is working all the time, you don’t get off until late, so they run that way.”

Immokalee resident Luis Escapita also shops in Winn-Dixie. He said they had some big deals on some things. He added that they sometimes have deals on basic necessities, but most of the deals are for processed foods.

“Either you pay big bucks for what you really want, or you pay for something cheap and pay the consequences later,” Escapita said.

While some residents of Immokalee have limited options for healthy eating, many people in the nearby community of Naples have different experiences.

“I actually do it all over the place,” Keith said. “I go here (Walmart). I go to Whole Foods. I’m going to Trader Joe’s. I’m going to Sam’s Club. I go to Costco. So I sort of run the gamut.

Not only do the people of Naples have more produce options, but they also have healthy eating options in the community.

Keith and his family dine at traditional restaurants like Outback or certain Fifth Avenue spots in Naples. She said her family loves going to Lake Park Diner, a casual restaurant that emphasizes quality, sustainable produce, putting health and the environment first.

“It just promotes bad habits, bad habits that over time get passed on to our children and the people around us,” Pavon said. “Overall, it just creates bad repercussions on our health.”

“Diabetes is something that as Latinos, as black people, we are predisposed to,” Pavon said. “The moment you start withdrawing healthy foods and healthy habits, automatically you are already putting yourself at a higher risk of becoming diabetic.”

Pavon said food insecurity can come down to a lack of money as well as a lack of choice.

“A lot of these communities have people who don’t have papers and who work for small amounts of money,” Pavon said. “And so, I believe that’s one of the factors.”

Pavon added that another factor is education; not knowing what certain foods will do to your body and your health over time.

“I think a combination of lack of education, good education, lack of funds and lack of exercise contributes to poor diet and therefore high incidence of obesity, diabetes, high blood pressure and hypertension,” Pavon said.

Escapita, a resident of Immokalee, said fast food was the most easily accessible for him and his community. Still, he said even having healthier options on the menu doesn’t make a difference.

“Even at a fast food restaurant, a salad is $8 compared to a $1 burger,” Escapita said. “(Healthy options) They are available; barely. Affordable… No, they are definitely not affordable.

McGhee said when shopping for her family, she looks for the most affordable options, not the healthiest.

“Everything is going so high,” McGhee said. “So you want the cheapest things.”

“Unfortunately, when you go to a grocery store or farmers’ market, the most expensive things are fresh meats, produce, fruit, fresh fish, it’s very expensive,” Pavon said. “For a normal family with an average income, this could be a bit taxing, especially in already disadvantaged communities.”

“I would say they’re easily accessible,” Sherrill said. “But when it comes to cost, not always.”

Although Sherrill said healthier foods aren’t always affordable, she acknowledged that it’s a privilege to have so many options available.

“Because maybe we can’t afford it every week, or every time we go shopping, but maybe sometimes we can or maybe in smaller quantities,” Sherrill said. “Maybe we need to supplement with less healthy foods, but the fact that they’re only generally available, obviously that’s going to help.”

While existing on the other side of the spectrum, some Naples residents, like Alea Keith, understand the issue of health inequities and how communities in their county need help.

Keith said she went to Immokalee once.

However, she thinks the best thing to do is ask community members what they need.

“The best thing to do is ask people,” Keith said. “Ask people on the ground what they are seeing and how can they be helped and just try to find the best way to meet their needs.”

“We had a rink here when I was younger,” McGhee said. “We don’t have that now. Get something the whole family can pull out and join in to get moving.

Some people, like Immokalee resident Luis Escapita, said change will only happen if it’s a collaborative effort between outsiders and residents.

“Everyone has to come and do their part,” Escapita said. “It can be a well-oiled machine, but if the parts don’t move, you’re not going anywhere.”

When it comes to organizations and health experts who want to make a difference regarding health inequities in Collier County, the residents of Immokalee want their voices heard.

“Come here and get everyone’s feedback on what they could use here,” McGhee said. “They have to do something better here.”