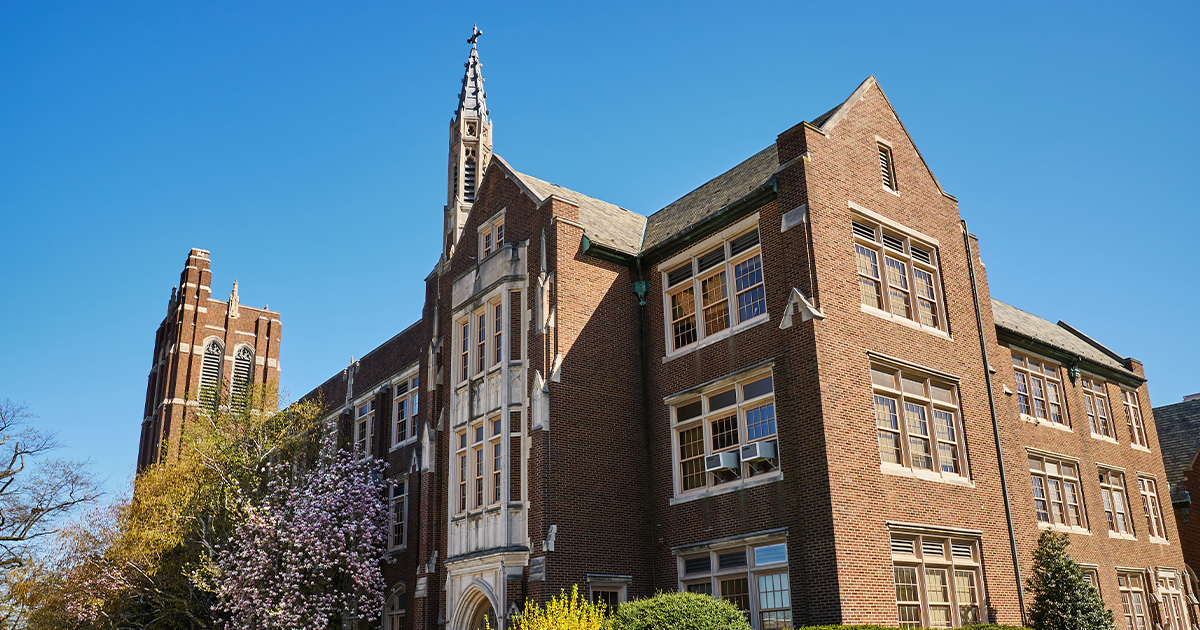 Both are awarded to Afro-American students who demonstrate academic achievement and financial need.

The legacy of two prominent African American health care providers who graduated from La Salle University is preserved through the creation and annual awarding of scholarships.

The Warren E. Smith, MD, Scholarship Fund is a scholarship fund established by alumni, family and friends in 2003 in honor of Warren E. Smith, ’54, who died in 1990. Smith was one of the first African Americans to graduate from La Salle’s pre-medical program and became one of the nation’s first African American psychiatrists. His legacy in the field of mental health in Philadelphia includes service at La Salle, where he served as an academic psychiatrist for 15 years before his retirement in 1984. A Philadelphia-based health and human services system is named in his honor, the WES Health System, because of its commitment to providing behavioral health care to underserved communities. The system is currently implemented in Pennsylvania, Delaware, New Jersey, Georgia and Illinois.

Robin Smith, Ph.D., ’83, is Smith’s daughter. Like her father, she also graduated from La Salle and became a licensed psychologist. She remembers watching her father work with the La Salle community and seeing his commitment to the physical and mental health of those he worked with.

“One of the things I remember him talking about that stuck with me was how important it is to see the whole person,” she recalled. “We don’t know what is going on in the personal life of a student or a faculty. And that doesn’t mean we have a right to know that, but it does mean that those realities impact how someone thrives, or kind of sinks deep into despair, and so I remember just that he was talking about the importance of making room for the whole person’s story.

Robin remembers his father’s connection to the La Salle community and how welcoming everyone was to him and his wife, Rosa Lee Smith, who also worked for the university for a time.

The Warren E. Smith, MD, Scholarship Fund provides scholarships to African-American La Salle students in their sophomore, junior, and senior years who demonstrate academic achievement and financial need. Robin said seeing her father’s legacy continue through scholarship support for African-American student education is a point of pride for their family.

“His influence has really changed my life and it still informs me. Every day of my life. I am informed about my own choices, my own decisions, my own generosity, my own big heart really comes from him,” said she added.

Lomax was an accomplished physician who died in 2013. During his multi-faceted career, his overriding mission was to provide high-quality medical care to patients in underserved communities, his family said. As he developed his medical practice, he ensured that his staff were exceptionally trained and committed to serving the community.

A notable moment in Lomax’s career came when he provided medical care for Martin Luther King, Jr. Exhausted from traveling and talking across the country, King had fallen ill and was treated by Lomax at a campsite. -car in Philadelphia.

In addition to his more than 30 years of medical practice, Lomax has expanded his work in the healthcare industry by creating several successful managed care companies that have changed the way healthcare is delivered in underserved communities. He became a catalyst and director of the first managed care program in the Commonwealth of Pennsylvania. He co-founded a multi-state HMO that pioneered managed care services for Medicaid recipients and created a company that provided medical services in jails and prisons across the country to ensure proper care for people. incarcerated.

Lomax’s legacy continues through his wife, Beverly, and six children – Laura, Thomas, Charles, Mary Claire, Sara and Bennett. The family remembers their father as a caring, hardworking, humorous and generous leader who was admired and respected for his commitment to serving others. They shared one of his famous quotes that they all remember: “Receive with one hand and give with the other.”

Scholarship support is of considerable importance at La Salle, where almost 100% of undergraduate students receive financial aid. Institutional and financial aids contribute to the accessibility of a Lasallian education. For more information on La Salle scholarships, visit lasalle.edu/financialaid/scholarships.

Vaccine protesters who interrupted meeting will not face charges | Health