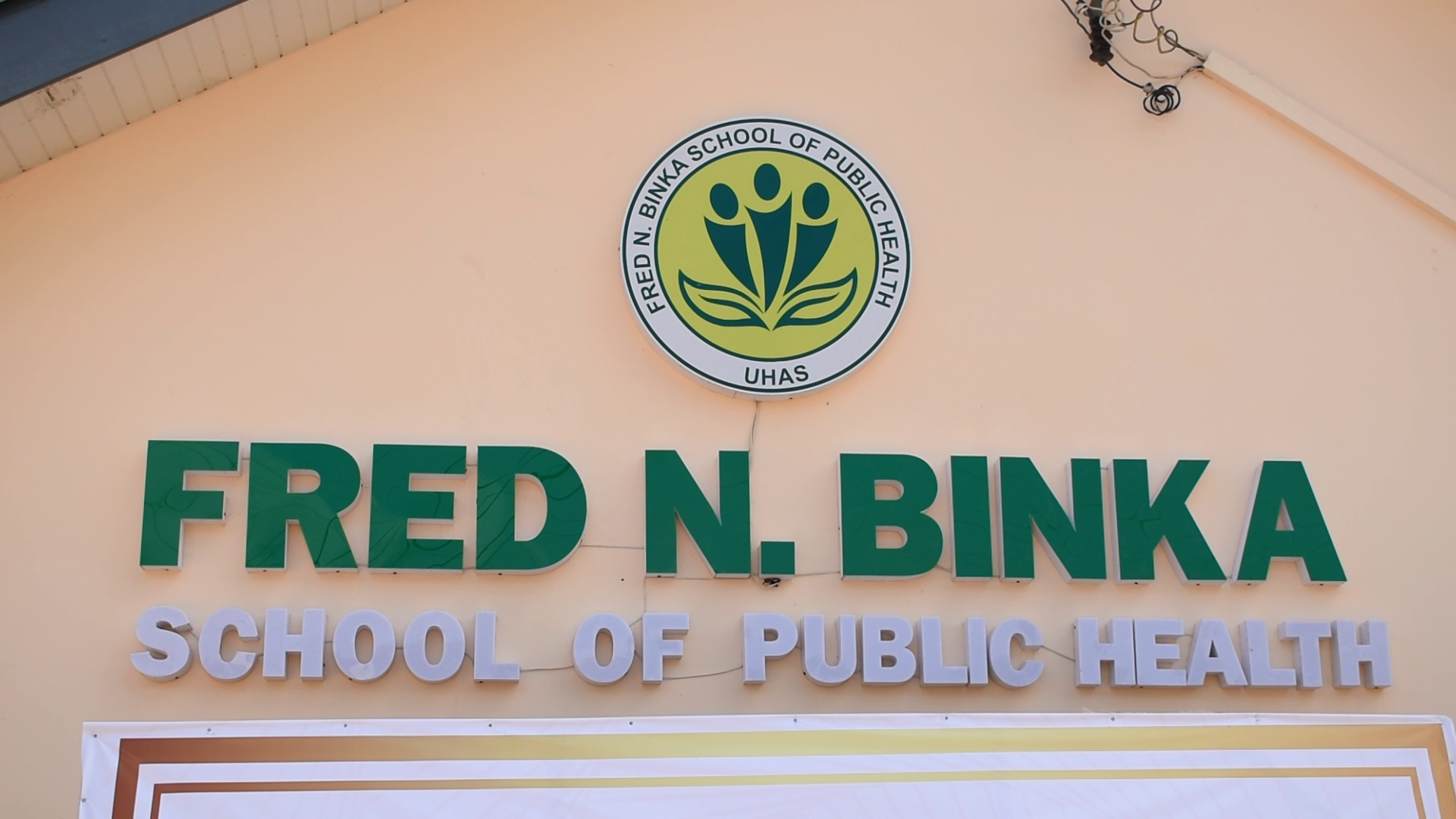 The University of Health and Allied Sciences (UHAS) named its School of Public Health after the Foundation’s Vice Chancellor, Professor Fred Newton Binka.

The UHAS Board and Management led by its Vice-Chancellor, Prof. John Owusu Gyapong, made the decision after reviewing Prof. Fred Binka’s contribution to the establishment and development of the university.

Professor Fred Newton Binka was appointed first vice-chancellor of UHAS after serving on a committee that worked to establish the university in 2012.

He led the University for four years, showing dedication and commitment to its development, where he laid a solid foundation.

Five schools were established under his tenure after implementing the development of UHAS incubation facilities at Trafalgar, Hohoe and the main Sokode campus.

Even in retirement, the epidemiologist still contributes to the development of the School of Public Health, to enable it to acquire international renown, due to his passion for public health.

He played a central role in the establishment of graduate programs at the School.

And Professor Binka during the four years he was here, I would say without hesitation that he accomplished the purpose for which he was brought here,” he detailed.

He described him as someone who had contributed immensely to public health in Ghana and the world at large, therefore worthy of celebration, during his lifetime.

Professor Fred Binka appreciated the gesture and recounted his academic journey, his passion for public health and how he rejected a juicy offer to serve UHAS,

He would also donate equipment his family had purchased for an Ebola lab at the School of Public Health, adding that he would leverage his global network to solicit resources for the school to establish a chair for people accomplished.

According to him, this would help raise the profile of the University.

“We have a problem with one of the institutions we created that has been very helpful in building capacity in the developing world, it’s called the deep network.

We are currently in discussions, but we will resolve this issue soon. When this is done, we will move this whole institution and bring it to the School of Public Health,” he assured.

Professor Binka said he would dedicate the rest of his life to the development of the school.

A sculpture bust was unveiled at the school’s temporary campus at the Volta Regional Hospital premises in Hohoe.

A permanent campus for the Fred N. Binka School of Public Health is being developed in Fodome, in the same municipality.

It takes a village to solve the youth mental health crisis