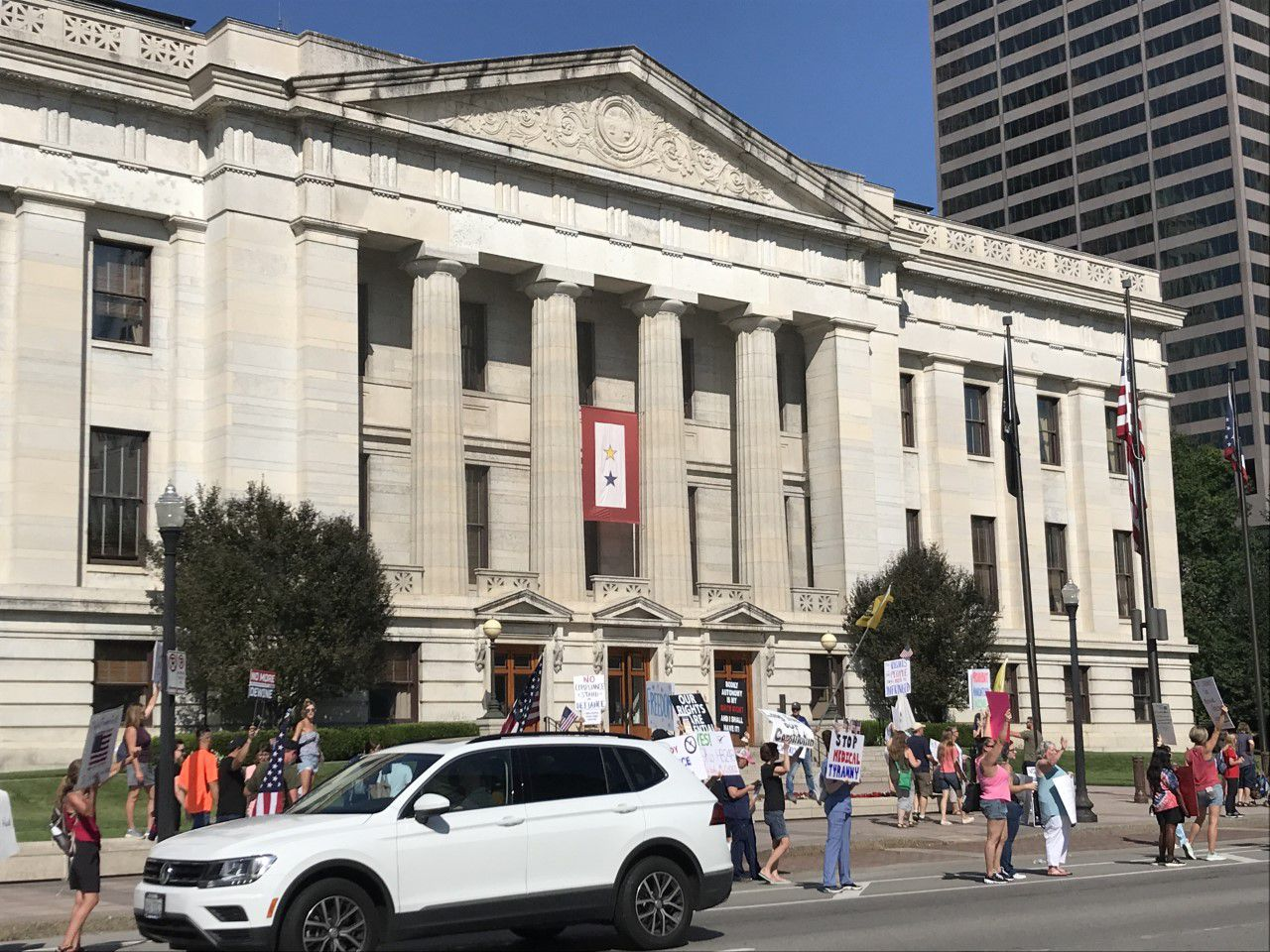 With homemade signs and explosive bull horns, hundreds of people promoting vaccine choice demonstrated outside the Statehouse on Tuesday, calling for passage of Bill 248.

Representative Jennifer Gross, R-West Chester’s proposal prohibits employers, including schools, nursing homes and hospitals, from forcing workers to be vaccinated against the coronavirus.

It would also make it illegal for anyone to discriminate against people who do not get the vaccine.

Miami Valley supporters included Michelle White of Arcanum, who, along with hundreds of others, waved signs along the street urging drivers in traffic to honk their horns to show their support for efforts to push through The law project.

Roxy Rohrer, from Brookville, said she did not trust the vaccine because, in her opinion, it was developed too quickly.

>> What you need to know: COVID-19 and the Delta variant in Miami Valley

“It went on for years for all the other hits and they’re going to have to tie me up on a chair. I will not take it. I’m not going to lie down for that, ”Rohrer said.

The protest coincided with a hearing for the bill by the Ohio House Health Committee.

At least one Miami Valley state lawmaker was there to join the crowd.

Dressed in a suit and tie in the sweltering heat, Representative Rodney Creech, R-West Alexandria, said he thinks it is important for him to be at the Statehouse for the protest.

“Even though I’m not on the health committee, I’m part of the process and just want to show my support for the bill. I get both sides. It’s all about choice. This is what it is about, ”Creech said.

The hearing lasted just over four hours and was dominated by testimony from supporters of the bill.

>> COVID Breakthrough: How Many Hospital Patients Have Been Vaccinated?

Others have expressed the view that the masks do more harm than good, that vaccine producers have manipulated the data to improve their results, and that personal freedoms should take precedence over public health initiatives.

“Bill 248 is a misguided proposal that would have devastating effects on the health of our state,” Kincaid said.

Later, in a written statement, the only doctor on the health committee, Representative Beth Liston, D-Dublin, released a statement criticizing testimony before the committee of supporters of the bill.

“This hearing flattered the conspiracy theorists and extremist groups behind the bill, giving them a level playing field with health experts and the business community. It’s simple. HB 248 will cause more illness and death in our state and that shouldn’t be a law, ”Liston said.

Before the hearing began, House Speaker Bob Cupp, in a rare announcement of its kind, said no amendments would be accepted by the committee and no votes would be taken.

Cupp said the testimony will be considered by House leaders and that they will decide what to do when the full General Assembly returns to the Statehouse in mid-September.

The chairman of the health committee, Rep. Scott Lipps, R-Franklin, said at the end of the hearing that no additional testimony would be accepted.