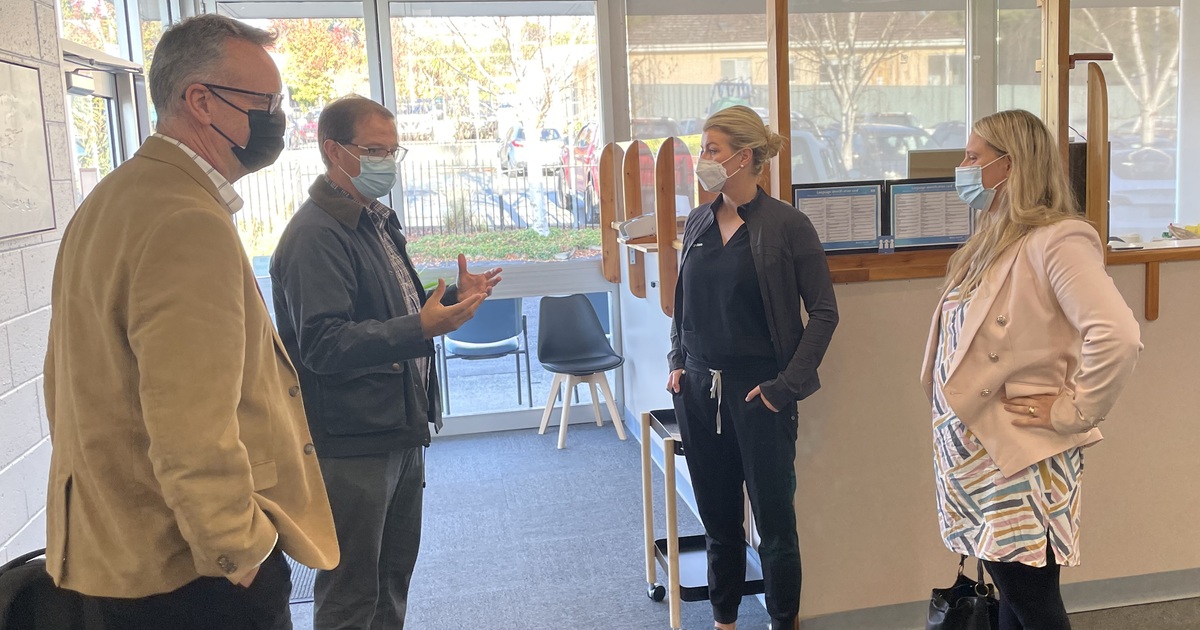 State governments and the federal government must increase the amount of support given to general practices, the RACGP said.

Clinics will be forced to close unless general practice receives a much-needed boost, RACGP CEO Paul Wappett has warned following a tour of Hobart and surrounding areas in Tasmania.


Wappett said the fact-finding visit “really reinforced” how vital general practices are to communities across the state, and also that they need a “helping hand” to make the growing gap between Medicare reimbursements and medical costs.


“Earlier this year, we released our Electoral statementwhich outlined a series of measures that the federal government could take to give general medicine a boost,” he said.


“If we don’t see greater investment in general practice, some practices will be forced to close shop or pass the costs on to patients.


“Nobody wins in this scenario, but many practices have their hands tied because Medicare rebates simply haven’t kept pace with the cost of providing high-quality general practice care.”


“Giving a boost to GP funding will relieve pressure on the state’s entire healthcare system,” he said.


“Patients from some communities are coming to emergency departments for health issues that really should have been managed earlier by a GP. When this happens, you have crowded, cluttered hospital hallways, which can put patient care and safety at risk.


“What we want to do is make sure patients can see a GP when health issues arise. If people postpone or avoid consultations due to cost or poor accessibility, it ripples through the entire healthcare system and the long-term health outcomes for patients can be disastrous.


“A properly funded primary care system can make all the difference.”

The tour team visited John Street Medical Practice in Kingston, Ocher Health in Huonville and Cygnet Family Practice. They also had their eye on the future, with Mr Wappett stressing the importance of encouraging more medical students to specialize in general medicine.


“We are acutely aware that we need to focus on medical students and work with AMSA to secure the future of [the] GP workforce,” he said.


“By introducing Jasmine to these practices, we hope to get her input on how the college can encourage an interest in general practice.


‘I am [also] excited to talk to local practices about the move to college-led training next year, which is just around the corner.


‘The college is aware of the findings in the Senate interim reportwho stressed the importance of engaging with [general practice] training organizations. We work closely with RTOs including General Practice Training Tasmania and other stakeholders to ensure a smooth transition to college-led training and the best outcomes for [general practice] the training and the communities served by the practices.


‘This [conference] is a great opportunity for medical practice owners, practice managers and those looking to become practice owners to connect with each other and share ideas on how to address the challenges faced by practice owners. cabinets,” Mr. Wappett said.


“I plan to speak to as many GPs and practice directors as possible to find out how the RACGP can fight for them and make it a little easier for them.”


For Dr. Clements, ensuring long-term financial sustainability is an aspect of primary care that would help GPs treat patients in rural, regional and remote parts of the country.


“In Tasmania and indeed across Australia too often the healthcare needs of people outside the big cities are overlooked and that needs to change,” he said.


“It would be hugely beneficial for bush practices who are struggling to make ends meet. If they are forced to close or move to private billing or mixed billing, this is particularly problematic because many communities won’t be able to look elsewhere – they won’t have any other choice.


Dr Clements also called on the Tasmanian government to introduce a state-level package to attract more GPs to non-metro communities.


“The government could put in place a grant encouraging them to train in communities where they are most needed,” he said.


“We also know that programs such as Avenues to rural areasand the RACGP practice at practice enable GPs to experience rural, regional and remote general practice and develop comprehensive skills under the watchful eye of a mentor.


“I strongly support a whole community approach to settling GPs in these communities, as we need to consider the circumstances of GPs tempted to make this move and make it as smooth a transition as possible.


“This could include help finding a place to buy or rent, schools and jobs for partners, children, funding for resettlement, etc.


“The RACGP will continue to work in partnership with the Government of Tasmania to ensure general medical care has a strong future.”

newsGP weekly poll
What are the appropriate public health measures in the event of a spike in COVID cases and further strain on the health system?